For Hezbollah, the compass is pointed in the wrong direction

by yalibnan
451
By Adam Rasmi , Syria, it seems, has been a costly gamble for Hezbollah. Since Iran committed itself to Assad’s survival, the party has sent its fighters to battle across the border.
Share: 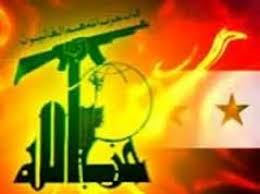 Tucked away in Mleeta, a small and hilly town in southern Lebanon, is Hezbollah’s Tourist Landmark of the Resistance. Built to commemorate the tenth anniversary of Israel’s withdrawal from Lebanon, the site has attracted hundreds of thousands of visitors since it opened in 2010. It features reflection pools, panoramic views of rugged mountain scenery, a pit filled with Israel Defense Forces (IDF) helmets, and a mash-up of desecrated military equipment and armored vehicles, including one Merkava tank whose barrel has been knotted like a pretzel in “structural scenic art,” which tour guides boast is meant to symbolize the defeat of the Israeli army.

The museum is a major tourist draw, in large part due to Hezbollah’s cross-sectarian appeal, which it gained for fighting the IDF to a ceasefire in 2000 and compelling Israel to withdraw from South Lebanon in subsequent negotiations. As a result, significant numbers of Sunnis and Christians backed the party, in addition to its Shia base. In Tripoli, for example, a city known as a bastion of Sunni Islam, residents flooded the downtown area waving Hezbollah flags following Israel’s departure. And during the height of the July 2006 War, one poll by the Beirut Center for Research and Information reported that 80 percent of Lebanon’s Christians along with 89 percent of its Sunnis supported the Shia party’s response to Israeli attacks.

Outside of Lebanon, it was not uncommon after 2000 to find key chains, mugs, and T-shirts bearing the image of a smiling Hassan Nasrallah, Hezbollah’s secretary general. Although Sunni Gulf monarchies would come to oppose the party, worried by the growing regional influence of its Iranian backers, citizens in most Arab states hailed it as a legitimate resistance movement.

But Hezbollah’s popularity outside its own Shia community has not lasted, either at home or abroad. A series of political conflicts after the 2005 assassination of Prime Minister Rafiq Hariri culminated in the party’s brief 2008 occupation of Beirut’s western half. The Doha Agreement signed a few weeks later prevented further clashes, but Hezbollah’s newfound veto power over Lebanon’s government sparked ire from its opponents.

Of all the party’s controversial policies, however, the 2013 announcement of its entrance into the Syrian arena has damaged its reputation most. On May 25, 2013, Nasrallah confirmed his party’s involvement during a fiery hour-long speech. In it, he claimed that Israel would re-enter Lebanon if the Assad regime falls to rebel hands. As Nadim Koteich, a Hezbollah critic and Lebanese Shia talk show host responded, noting the difficulty in reconciling the party’s resistance narrative against Israel with its focus on the Syrian war, “Either the fighters have lost Palestine on the map and think it is in Syria, or they were informed that the road to Jerusalem runs through Qusayr and Homs.”

Politicians are upset. Centrist figures unaffiliated with Lebanon’s rival March 8 and March 14 coalitions are more openly criticizing Hezbollah. President Michel Suleiman, a consensus candidate selected in 2008, has stepped up his rhetoric against the party he once commended. “I want to protect the resistance from itself, if the compass is pointed in the wrong direction,” he said last June.

Other Arab countries are also grumbling. Polls since Nasrallah’s May 25 speech have reported that most people in the region now hold a negative view of Hezbollah, including 60 percent of Lebanon’s Christians and 94 percent of its Sunnis. Gulf countries are considering designating Hezbollah a terrorist organization, as Bahrain did in April 2013.

Yet despite the party’s misfortunes outside of Lebanon, its involvement in Syria has been most consequential on its own home turf. One day after Nasrallah’s May 25 speech, two rockets struck the party’s stronghold in Beirut’s southern suburbs. A few months later in August, a car bomb there killed 27 and injured over 300. In November, twin blasts targeting the Iranian Embassy resulted in at least 23 deaths. The frequency of bombings has increased since—eight have hit Shia areas since mid-December.

Syria, it seems, has been a costly gamble for Hezbollah. Since Iran committed itself to Assad’s survival, the party has sent its fighters to battle across the border. But to avoid stirring up controversy for breaching the Lebanese government’s policy of disassociation from the Syrian war, those who died in combat before May 25 were given secret burials.

Meanwhile, years after the 2000 withdrawal, tour guides in Mleeta continue to remind foreigners and nationals that Lebanon owes its freedom from Israeli occupation to Hezbollah. Similar remarks are made on the party’s media arm, Al-Manar, and Nasrallah routinely links the Syrian rebels’ goals to Western and Israeli imperial ambitions, noting that long-time American allies in the Gulf have poured millions into opposition groups, often hardline Sunni ones, and increasingly so.

Assad’s departure, Nasrallah reasons, would deal a major blow to what he calls the “backbone” of the Hezbollah-Syria-Iran alliance, made up of the few parties and states in the region that remain openly at odds with U.S. policy. But in an increasingly sectarian uprising-turned-civil-war that has pitted Shia against Sunni, Hezbollah’s ability to brand itself as a resistance movement has lost much steam outside its traditional community base. And in Mleeta’s hour-long tour, it shows—no mention is made of the party’s current foray into the nearly three-year-old Syrian quagmire.