A Lebanese who went missing months ago was killed in Syria 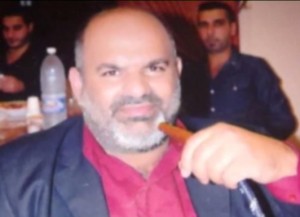 A Lebanese man who went to Syrian about 3 and half months ago was reportedly summoned by the Syrian intelligence ( Mukhabarat) upon arrival and nothing was heard of him ever since .

Except on Thursday the family of Hassan Harmouch was told that their son is now a martyr . He was reportedly killed by the Syrian regime after he was summoned by the army intelligence.

The regime is claiming that Harmoush died from diabetes but refused to hand over his body to the relatives . The realtives are insisting on receiving his body to perform autopsy and to bury him in Lebanon.

Harmoush was also accused by the regime of transferring arms to the rebels , but according to his relatives , Harmoush who hails from the town of Dinnya is a member of the Syrian Socialist Nationalist party ( SSNP) a staunch supporter of the regime and against the rebels.