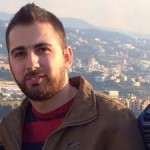 A Lebanese web developer has been sentenced to two months in prison for insulting President Michel Suleiman on Twitter, a judicial source told AFP.

“Jean Assy was sentenced to two months in jail for defaming and insulting the president via Twitter,” the source said.

“The court decision can be appealed within 10 days.”

The case is thought to be the first time a Lebanese citizen has been sentenced for views expressed on a social network, though people have previously been charged for similar insults.

Assy said the case stemmed from tweets he wrote about Suleiman in January and February of last year.

“I wrote that the president is castrated, politically castrated, and I wrote the minister of interior is stupid, and things like this,” he told AFP.

He has not yet been arrested and said he plans to appeal the decision.

“I’m not going to spend two months in jail because of a tweet. I’m going to fight it, I’m not going to allow him to punish someone who tweeted against him while he is ignoring all the problems in the country,” Assy said of Suleiman.

Assy, 26, has nearly 6,000 followers and regularly tweets harsh and at times vulgar criticism of many of Lebanon’s politicians.

He says he is not a political activist, but acknowledges his support for Hezbollah chief Hassan Nasrallah and his Christian ally Michel Aoun, who are spared his online wrath.

The verdict was immediately criticized by Human Rights Watch, whose deputy director for the Middle East and North Africa called it a “negative development.”

“Criminalizing and sending someone to jail for expression that someone deems insulting or inflammatory violates Lebanon’s international obligations to protect expression,” Nadim Houry told AFP.

“Lebanon has a decision to make,” he added.

“Does it want to go down the route of so many other countries in the region… or does it want to preserve and maintain its reputation for a great tolerance for free expression in the Arab world?”

Assy said he hadn’t anticipated the consequences of his tweets or planned to get into trouble.

“I’m showing people that the president is leaving all the problems in this country and pursuing my case.”