U.S. debating the killing of another American terror suspect 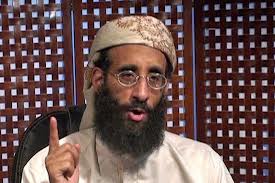 The Obama administration is in high-level discussions about staging an operation to kill an American citizen involved with al Qaeda and suspected of plotting attacks against the United States, a senior U.S. official tells CNN.

The official, who declined to disclose any specific information about the target or the country the suspect presides in, was confirming information first reported by The Associated Press.

The debate about whether to undertake a mission is being held with various commanders in the U.S. military, as well as the U.S. national security agencies. The discussion centers on the risk involved and the importance of the target.

Before military force against an American is approved, there must be an imminent danger and no reasonable prospect of capturing the target. Ultimately, the President would need to sign off on the decision.

The U.S. has targeted an American before, most notably Yemeni-American cleric Anwar al-Awlaki, a key member of al Qaeda in the Arabian Peninsula who was killed by a U.S. drone in 2011. Another American, Samir Khan, was killed in the same strike, though he was not the target of the operation. Khan was behind al Qaeda’s English-language Inspire magazine, which aimed to influence jihadis and wannabe jihadis around the world.

Photo:Yemeni-American cleric Anwar al-Awlaki, a key member of al Qaeda in the Arabian Peninsula was killed in a targeted attack by a U.S. drone in 2011. Awlaki was at the top of the U.S. target list in Yemen. He was accused of involvement in several terrorism incidents in the U.S. While he wasn’t a top operational leader in al Qaeda, Awlaki’s U.S. roots and fluent English made him a special concern of U.S. counterterrorism officials, who were attempting to kill or apprehend him for several years.