Over 50 Militants Killed In Iraq’s Anbar 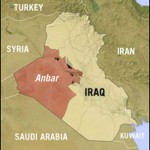 It said on February 3 that most of the militants had been killed in clashes with Iraqi troops and allied tribesmen outside Ramadi.

The militants are alleged to be members of the Islamic State of Iraq and the Levant (ISIL), a jihadi group also fighting in neighboring Syria.

Militants from the ISIL and other Sunni groups took control of parts of Ramadi and the nearby city of Fallujah in the western province of Anbar on January 1.

Prime Minister Nuri al-Maliki has held back from an all-out assault on Fallujah to give time for a negotiated way out of the standoff.