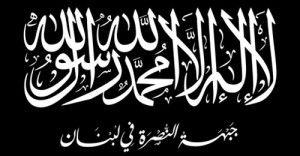 An Islamist terrorist group suspected of links to al-Qaida declared Monday responsibility for the Choueifat suicide bombing in in which no one was killed except the suicide bomber and 2 were injured including the driver of the van.

Al Nusra claimed that ” contrary to what was declared By Hezbollah’s al Manar station 30 passengers of the van were killed in addition to 10 Hezbollah members that were at the nearby checkpoint.” The group added ” al Manar was trying to deceive the Shiite public opinion by declaring that no one was killed”.

The explosion occurred in a van that was taking passengers along the highway in Choueifat, a district of south Beirut, to al Dhahieh area a stronghold of the Shiite militant movement Hezbollah .

Caretaker Interior Minister Marwan Charbel told Reuters that the van’s driver – who survived the blast but was seriously injured – said the bomber was a young man who blew himself up when the driver confronted him because he thought he looked suspicious.

This development comes after al Nusra Front declared last Saturday responsibility for the deadly bombing in Hermel in which 4 people were killed and dozens were in injured.

The terror group declared last week that all the areas in Lebanon where the Iranian backed Shiite Hezbollah militant group operates are “legitimate targets” for attack and warned the Sunnis to avoid them.