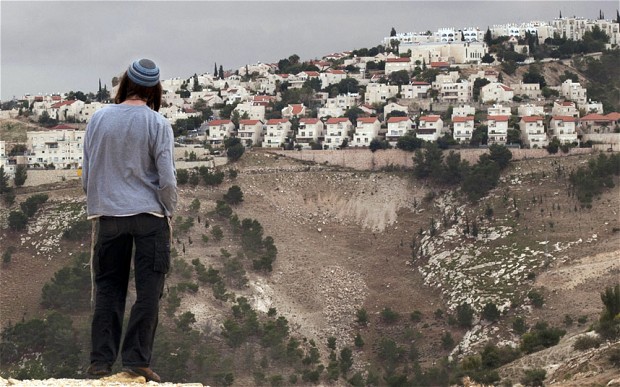 As the US pushes Israeli and Palestinian leaders to commit to drawing up a framework of principles for final status negotiations to end their long-running conflict, leaks from the supposedly secret talks are creating a growing backlash and furore on the ground.

Benjamin Netanyahu’s government, a coalition of right wingers – many of whom openly oppose the talks – and centrists who support them, was rocked by an open rift this week after Naftali Bennett, the economy minister, had to apologize after criticizing the prime minister over reported remarks about the future of Jewish settlers in a Palestinian state.

Israelis and Palestinians rallied separately in Jerusalem’s Old City and in the Jordan Valley on Thursday and Friday to protest against issues raised in the talks in what analysts said could be a foretaste of bigger political friction if negotiators make further progress.

When launching the negotiations last July John Kerry, US secretary of state, swore the participants to secrecy and said he was the only official authorized to comment on the issues central to Israel’s and the Palestinians’ national identity and future now being thrashed out at the bargaining table.

This has not stopped Israeli and some foreign media from reporting leaks and rumors from the negotiations, which – despite the fact that they are unconfirmed and often contradictory – are provoking heated reactions on the ground.

Mr Kerry aims to narrow differences between the two sides in coming weeks and agree on a written framework that would form a baseline for “final-status” talks on borders, refugees, Jerusalem and other parameters for an independent Palestine. Each side will be permitted to record “reservations” to what is agreed.

Mr Netanyahu this week demanded an apology after Mr Bennett, who heads the far-right Jewish Home party, said that allowing Jewish settlers to remain in a future Palestinian state “reflects the loss of a moral compass” in comments widely seen as disrespectful to his boss.

Mr Bennett was reacting to remarks attributed to an aide of the prime minister, who reportedly said that some of Israel’s outlying settlements might be part of an independent Palestine. In an apology that caused snickering among Israel’s chattering classes, the Jewish Home leader said that “if the prime minister was insulted, that was not my intention”, and that he was only intervening in “a significant debate about the future of our land and its security”.

The climbdown averted a split in the coalition, but Mr Bennett is expected to lead his party into opposition, or be ejected by Mr Netanyahu, if a framework is agreed and “final-status” negotiations begin. Should Jewish Home leave, the leftwing Labour party has promised to bolster Mr Netanyahu, who also faces resistance to the peace talks in his own Likud party.

Hundreds of rightwing Israelis, including Jewish Home’s housing minister Uri Ariel, on Thursday marched through Jerusalem’s Old City and rallied at the Western Wall, the Jewish holy site, to protest the “Kerry edicts” and call for an end to the talks.

Thomas Friedman, the New York Times columnist, reported this week that a “Kerry Plan” would provide for a Palestinian state based on the 1967 borders, as demanded by the Palestinians, but include “unprecedented security arrangements” in the Jordan Valley, a border area which Israel considers strategic, but Palestinians want free of Israeli troops after a peace deal.

Israel would hold on to some big Jewish settlements abutting its borders in the West Bank and East Jerusalem, Mr Friedman reported, without naming his sources, while trading some of its own land in exchange. The Palestinians would be given a capital in East Jerusalem, and recognize Israel as “the nation state of the Jewish people”.

The report brought immediate and vigorous denials from the Palestinians, who said they would never renounce the right of return, nor recognise Israel as an explicitly Jewish state.

Several hundred Palestinian civil society activists on Friday occupied Ein Hijleh, an abandoned village in the Jordan Valley, in a protest of “policies aimed at Judaising and annexing” the area. Diana Alzeer, a participant in the protest, said the gathering represented the “refusal of the Kerry Plan, which establishes a disfigured Palestinian state”.

Separately Martin Indyk, a US envoy to the talks, briefed Jewish-American leaders on them this week in remarks made in a conference call picked up by the New York Times, the Washington Post, and Reuters.

Mr Indyk reportedly said that the framework would provide financial compensation for Jews forced out of their homes in Arab countries in 1948, a concession which – if true – could soften Israeli public opposition to a peace deal. The status of Jerusalem – one of the most contentious of the “final-status” issues would be left vague in the framework, Mr Indyk is reported to have said.

State Department officials later said that no decisions had yet been made on the final contents of the framework.

Top photo: A Jewish settler looks at a West bank settlement on the outskirts of Jerusalem. One perpetual sticking point between the Israelis and Palestinians is the fate of these settlements