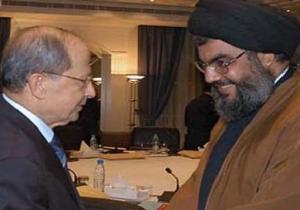 Amal Movement MP Ali Khreis did confirm to the newspaper that his party will support whatever position Hezbollah will take.

Berri has been opposed to giving the finance portfolio to Aoun,” according to MTV

Aoun has reportedly been obstructing the formation of the new cabinet by rejecting the rotation of ministerial portfolios and insisting on retaining the energy and telecommunications ministries.

Hezbollah was reportedly trying to convince Aoun to change his position on these 2 issues, after former PM Saad Hariri offered to join Hezbollah in a new cabinet.