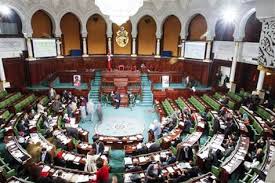 Tunisia’s National constitutional Assembly approved the country’s landmark post-revolutionary constitution its members have spent the last two years writing by 200 out of 216 votes.

Sunday’s vote approved the foundation of a new democratic state in the North African country after its people overthrew their dictator in 2011, in a popular uprising that inspired the so-called Arab Spring across the region.

“This constitution, without being perfect, is one of consensus,” assembly speaker Mustapha Ben Jaafar said. “We had today a new rendezvous with history to build a democracy founded on rights and equality.”

The new document guarantees basic freedoms and gender equality. It has been called one of the most progressive constitutions in the Arab world and involved lengthy negotiations between an Islamist-dominated government and the largely secular opposition.