Mystery surrounds the death of a Lebanese family 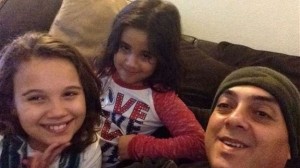 A Lebanese man and his two daughters were shot to death in mysterious circumstances in Peru in south America, Al Nahar reported on Thursday.

Rouhad Ezzeddine 42, who hails from the southern town of Kafra, was found dead along with his two daughters Zainab ( 5) and Leila ( 9) at their house in Peru, according to the report.

But LBCI reported they were killed in the State of Texas in the United States.

LBC said that Mr. Ezzeddine was married to a Peruvian American lady who is working with the US army in Afghanistan as a nurse.

According to the LBC report Mrs. Ezzeddine was the one who discovered that her 2 daughters and her husband were dead upon her return from Afghanistan