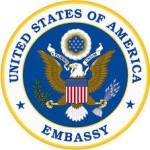 The prime minister’s spokesman said the men were planning to attack targets including the US embassy.

Shin Bet said the men were recruited by an al-Qaeda operative in the Gaza Strip and that their other targets included a large conference centre in Jerusalem.

Shin Bet said one of the men was planning to go to Syria for weapons training.

It said some of the attacks were to be carried out by operatives with fake Russian documents.

Other actions reportedly planned by the cell were an attack on an Israeli bus in the West Bank and kidnapping soldiers from Jerusalem’s bus station.

State Department spokeswoman Marie Harf said the US was investigating claims that the US embassy was a target.

“I don’t have reason to believe it’s not true. I just don’t have independent verification,” she told reporters in Washington.

In November it was revealed that Israel had been holding a suspected al-Qaeda biological weapons expert since 2010.

A military court placed Samir Abdul Latif al-Baraq in “administrative detention”, which allows indefinite detention without charge or trial, after he was arrested in July 2010.

Photo: The American embassy in Tel Aviv was one of the cell’s targets, according to Shin Bet