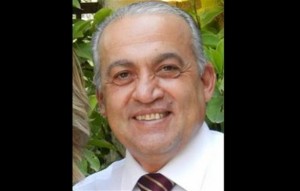 “The body of Sami Maroush was found inside his car in the Aley area of Ras al-Jabal,” the NNA report added , noting that he was a former official of internal affairs in the PSP party.

Al Nahar reported that Maroush usually goes Jogging in the area where he was attacked.

OTV said two bullets in the head and in the lower abdomen killed Marroush.

NOW reported that Marroush had been a militia officer during the Lebanese civil war and recently formed a private security company.

Aley MP Akram Shehayeb , a key PSP member and several law enforcement officials arrived at the scene following the announcement of his death.

PSP refused to comment on the incident according to An Nahar.

Update NNA reported that Jumblatt contacted security and judicial authorities, reiterating his trust in these organizations “that rushed to do their jobs after the crime to uncover the details behind it and adopt all necessary procedures.”

“We will wait for the results of the investigation and for arresting and trying the perpetrators,” he stressed.

“We call for calm after the incident,” he added.

According to a Lebanese observer who knew the key players during the civil war,  Marroush who was in Charge of Aley during the so called ” Battle of the Mountain became well known in 1989 when he along with Shehayeb, Fadi Ghraizi and Ghanem Tarabaih defeated the forces led by former army general Michel Aoun in the city of Aley.