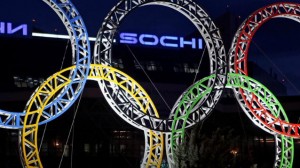 Hungary’s Olympic Committee says it has received an email message written in Russian and English threatening its athletes with terrorist attacks at the Sochi Olympic Games.

The International Olympic Committee confirmed there was a message but downplayed the severity of it.

Bence Szabo, secretary general of the Hungarian Olympic committee, told the sports daily Nemzeti Sport on Wednesday that the message also urged the Hungarian delegation to stay away from the Winter Games, which run from Feb. 7-23.

Committee President Zsolt Borkai told the state news wire MTI that other countries’ Olympic committees had also received similar messages and that the IOC, Sochi organizers and Hungarian security forces had been informed.

The IOC repeated its stance that it “takes security very seriously.”

“(We will) pass on any credible information to the relevant security services,” the IOC said in a statement. “However, in this case it seems like the email sent to the Hungarian Olympic Committee contains no threat and appears to be a random message from a member of the public.”

A spokeswoman for the Switzerland’s Olympic committee said similar threats were “normal” so close to the Winter Games and that athletes and officials would base their travel plans on the assessment of security and diplomatic officials.

“This is kind of an everyday mail. This is normal before every Olympics,” Martina Gasner told the AP by telephone. “We work with the federal offices for police and foreign relations.”

“If they say you can go to Sochi, we will go, and if one day they will say it is too dangerous and we command you not to go then we will change our plans,” she said.

The Hungarian Olympic committee did not immediately respond to AP requests for comment.