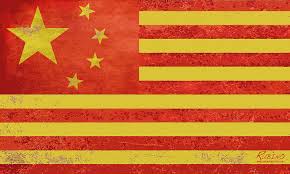 The figures, scheduled for release at 9 a.m. tomorrow in Washington, were inadvertently posted on the Treasury’s website. Japan’s holdings rose $12 billion to $1.186 trillion, the figures showed.

China’s swelling foreign-exchange reserves, reported today to have reached a world record $3.82 trillion at the end of December, may sustain the nation’s appetite for U.S. debt. Capital inflows and intervention to limit gains in the yuan have contributed to China building up currency holdings that are a third of the global total.

“Large interest-rate differential and steady appreciation of the renminbi contributed to large arbitrage inflows into China, a situation made all the more easy with China’s increasing financial integration and renminbi internationalization,” UBS AG Hong Kong-based economist Wang Tao wrote in a report on China’s data.

China’s pace of foreign-exchange reserve accumulation will be slower this year due to the Federal Reserve’s monetary tapering, likely widening of the yuan’s trading band and tighter controls on arbitrage activities, Wang said.

A Treasury spokeswoman said that because of an error, limited amounts of data were posted on the department’s website ahead of the official release, and were removed as soon as it was discovered. The full November 2013 data will be released as previously scheduled at 9 a.m. tomorrow, she said.

The yuan this week reached 6.0406 per dollar, the strongest since the government unified the official and market exchange rates at the end of 1993. The latest data on China’s foreign-currency holdings contrasted with Yi Gang, a deputy governor at the central bank, saying in November that it was “no longer in China’s favor to accumulate foreign-exchange reserves.’

The U.S. data showed net long-term portfolio investment outflow was $29.3 billion in November after a revised inflow the month before of $28.7 billion, the Treasury’s figures showed. The total cross-border outflow in November, including short-term securities such as Treasury bills and stock swaps, was $16.6 billion, after a revised inflow of $188.1 billion in October, the data showed.