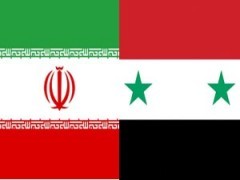 Iran on Monday appeared to rule out participation in Syrian peace talks later this month, dismissing a U.S. suggestion that it could be involved “from the sidelines” as not respecting its dignity.

U.S. Secretary of State John Kerry suggested on Sunday there might be ways Iran could “contribute from the sidelines” in a so-called Geneva 2 peace conference in Montreux, Switzerland, on January 22, and on Monday U.S. officials said Tehran might still be able to play a helpful role.

United Nations Secretary-General Ban Ki-moon was sending out invitations on Monday to potential participants the talks, but while he wants Iran to attend there was no agreement yet on whether to invite it.

The key players in the talks are President Bashar al-Assad’s government and opposition rebels who have been fighting for nearly three years to oust him.

Syrian opposition groups and Washington, which accuse Tehran of supporting Assad with manpower and arms during the uprising against him, have long had reservations about the participation of Iran, although the United Nations special envoy on Syria, Lakhdar Brahimi, has backed Tehran’s involvement.

While there has been a warming in U.S.-Iranian ties this year including a November 24 deal to curb the Iranian nuclear program, there are no visible signs that this has led to greater improvement in other areas such as Syria, where they are on opposite sides of the civil war.

Kerry reiterated U.S. opposition to Iran being a formal member of the peace talks because it does not support a 2012 international agreement on Syria.

That “Geneva 1” accord called for the Syrian government and opposition to form a transitional government “by mutual consent”, a phrase Washington says rules out any role for Assad. Russia, a sponsor of the plan, disputes that view.

On Monday, U.S. officials said Iran could improve its chances of playing a role on the sidelines of the Syria peace talks by working with Damascus to stop the bombardment of civilians and improve humanitarian access.

“There are … steps that Iran could take to show the international community that they are serious about playing a positive role,” one of the officials said in Brussels.

“Those include calling for an end to the bombardment by the Syrian regime of their own people. It includes calling for and encouraging humanitarian access.”

Another official made clear that the comment on bombardment referred to Syria’s biggest city, Aleppo, where dozens have been killed in raids in which the Syrian air force has used improvised barrel bombs.

Iran had however given no indication it was ready to take any of these steps, a U.S. official said, and noted there was opposition to Tehran’s participation from other nations. The official did not identify these, but they are likely to include Gulf Arab states such as Saudi Arabia, Iran’s regional rival.

The U.S. officials, who declined to be named, said Washington still believed it was “less likely than likely” that Iran would play any role at the conference, even on the sidelines, and Iran and the United States had not discussed the matter directly.

State Department spokesman Marie Harf said that for the Iranians even to be considered for any role in the talks “they would have to demonstrate that they would do things that would be less destructive in Syria.”

White House spokesman Jay Carney said Iran would have to publicly endorse the terms of the “Geneva I” accord if it wanted to participate in the process.

In remarks quoted by state television, the Iranian foreign ministry’s spokeswoman said Tehran supported a political solution to end the Syrian civil war, in which at least 100,000 people have been killed and millions uprooted.

“But in order to take part in the Geneva 2 conference, the Islamic Republic of Iran will not accept any proposal which does not respect its dignity,” the spokeswoman, Marzieh Afkham, was quoted as saying.

U.N. spokesman Farhan Haq said Kerry and Russian Foreign Minister Sergei Lavrov would meet on January 13, and voiced the hope they could agree on Iran’s participation.

Haq also said the opposition had not yet named members of its delegation for the conference. He said the United Nations urged the Syrian opposition to announce the composition of their “broadly representative” delegation as soon as possible.

In Syria, rival Islamist rebel groups fought in the city of Raqqa on Monday, residents said, as local fighters tried to drive out a foreign-led al Qaeda affiliate which has also seized towns across the border in Iraq.

Activists opposed to Assad said dozens of Syrian members of the Islamic State of Iraq and the Levant had changed sides to join other Sunni Islamist factions which have taken advantage of a local backlash against the ISIL and the foreign al Qaeda jihadists prominent among its commanders.

The battles in Raqqa, a provincial capital on the Euphrates river in Syria’s largely desert east, left bodies clad in the black favored by al Qaeda fighters lying in the streets. They followed similar violence elsewhere in recent days that have seen the ISIL lose manpower and abandon some of its positions.

“The ISIL has split roughly into two groups – locals who are beginning to defect and foreign fighters who seem intent on going on fighting,” Abedelrazzaq Shlas, an opposition activist in the province, told Reuters.

The fighting comes as groups in Iraq identifying themselves as ISIL have seized Sunni Muslim towns hundreds of miles away on the Euphrates in Iraq, challenging a Shi’ite-led government in Baghdad which they see as allied, like Assad, to Shi’ite Iran.

Speaking from Istanbul, Abdallah al-Faraj, a member of the Syrian National Coalition from Raqqa, said the ISIL has been driven out from most of the city and its units were heading to the town of al-Manakhel, 50 km (30 miles) away, where they have a training base and could be re-grouping.

Faraj said although the defeat of the ISIL is strengthening Nusra Front, which is also linked to al Qaeda, the Nusra are seen as a less hardline group, composed of local fighters as opposed to foreigners.