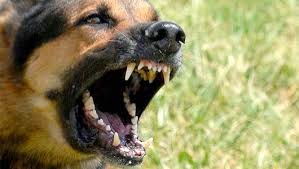 NORTH Korean leader Kim Jong Un sentenced his uncle to be eaten alive by a pack of 120 wild dogs in a punishment for treachery, Chinese media has reported.

Jang Song Thaek, 67, along with five close aides, was allegedly stripped naked and thrown into a cage of dogs which had been starved for three days, according to the lurid details.

The animals spent more than an hour mauling the group in a punishment called “quan jue”, or execution by dogs, said a report in the Chinese newspaper Wen Wei Po, viewed as a Beijing government mouthpiece.

The young dictator had accused his uncle – once seen as North Korea’s second most powerful man – of treason and corruption and described him as ‘scum’ and ‘factionalist filth’ during his New Year message.

Executions in North Korea are usually carried out by firing squads. The report said the entire execution was supervised by the supreme leader in North Korea, along with 300 senior officials.

Kim Jong Un spoke of the execution of his uncle during his New Year address telling the country ‘our party took resolute action to remove … scum elements within the party last year’.

The 30-year-old appeared on state television for the New Year speech and said: “Our party’s timely, accurate decision to purge the anti-party, anti-revolutionary elements helped greatly cement solidarity within our party,” adding that ‘factionalist filth’ had been ‘eliminated.’

Mr Jang’s supposed crimes included having ‘improper relations with several women’ and to have ‘squandered foreign currency at casinos’ while abroad.