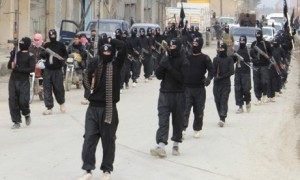 A newly formed Syrian Islamist rebel alliance has declared war on the powerful al-Qaeda-affiliated Islamic State of Iraq and the Levant (ISIL) and joined other opposition groups in battling the extremists. For its part, Syria’s main opposition National Coalition says it backs the rebel fight against al-Qaeda.

“We, the Army of the Mujahideen, pledge to defend ourselves and our honor, wealth and lands, and to fight ISIL, which has violated the rule of God, until it announces its dissolution,” said the new alliance of eight groups, in a statement published on Facebook Friday.

As the statement was issued, it fought in fierce clashes with the ISIL in the Aleppo and Idlib provinces of northern Syria.

The Islamic Front, the largest rebel alliance, which is made up of several powerful Islamist groups, and the Syrian Revolutionaries Front, another major rebel bloc, also battled ISIL on Friday, Agence France-Presse reported.

On Saturday, rebels battling jihadists in northern Syria killed or captured scores of the militants loyal to an al-Qaeda affiliate in two days of fighting, a watchdog said.

“At least 36 members and supporters of the Islamic State of Iraq and the Levant (ISIL) have been killed since Friday in Idlib and more than 100 have been captured by rebels” in Idlib and Aleppo, the Syrian Observatory for Human Rights said.

“The Syrian Opposition Coalition fully supports ongoing efforts by Free Syrian Army elements to liberate towns and neighborhoods from the authoritarian oppression” of the Islamic State of Iraq and the Levant (ISIL), the group’s presidency said in a statement.

For its part, the Army of Mujahideen, a newly formed group made up of eight brigades, demanded that ISIL fighters join the ranks of other rebel groups “or hand over their weapons and leave Syria,” earlier on Saturday.

The alliance reproached ISIL for “spreading strife and insecurity… in liberated [rebel] areas, spilling the blood of fighters and wrongly accusing them of heresy, and expelling them and their families from areas they have paid heavily to free” from Assad’s forces.

Photo: Fighters of the al-Qaeda-affiliated Islamic State of Iraq and the Levant (ISIL) in Tel Abyad. Syrian rebels’ uneasy co-existence with the hardline IsiL has turned to outright hostility. Photograph: Reuters