Father scared his son will eat him, killed him 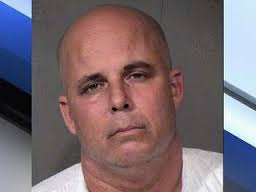 A Phoenix , Arizona man has confessed to killing his own son with an ax on New Year’s Eve.

According to Phoenix police Sgt. Steve Martos, officers were called to an apartment near 12th Street and Bethany Home Road around 3:45 p.m. on Tuesday.

The victim’s mother called police after her ex-husband, 51-year-old Gary Sherrill, did not return the boy to her home on New Year’s Eve.

Police say Sherrill and his ex-wife shared custody of their 13-year-old son David.

When officers arrived on scene, Sherrill told them his son was not home. Officers asked more questions and the suspect allowed officers into his home, Martos said.

When police entered the home, they found the boy already dead. Martos said the victim had stab wounds and lacerations to several parts of his body.

Martos said Sherrill confessed to killing his son with an ax and told officials he was scared of his son. He told police he believed his son was a demon and was going to eat him.

Some of Sherrill’s neighbors said he had been acting strange lately.

“He had been screaming at a tree the other day,” said Davina West.

Another neighbor, who did not want to be identified, said she had seen plenty of family drama.

“The parents were arguing, the mom was on the street, the dad was up by the apartment and the child was in the middle,” she said.

Sherrill was booked into jail on first degree murder charges.