India transfers diplomat to U.N. in bid to defuse row with U.S. 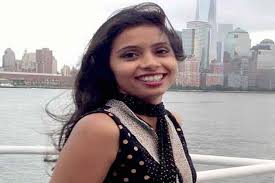 India said on Saturday that it had transferred the diplomat at the center of a row with the United States to its U.N. delegation, a move that it hopes will give her protection from prosecution for visa fraud and underpaying a maid.

Whether the accreditation of Devyani Khobragade as a member of India’s U.N. mission leads to a way out of the dispute could depend on the U.S. State Department approving her transfer.

Asoke Mukherji, India’s ambassador to the United Nations, said he had written to Secretary-General Ban Ki-moon informing him of the 39-year-old diplomat’s transfer.

The world’s two largest democracies have been at loggerheads for the past week, amid mounting outrage in India over the arrest of Khobragade, who was strip-searched and handcuffed while in custody.

Khobragade was arrested on December 12 and released on $250,000 bail after giving up her passport and pleading not guilty to charges of visa fraud and making false statements about how much she paid her housekeeper, also an Indian.

At the time of her arrest Khobragade was serving as deputy consul general in New York, a role which affords less diplomatic protection from U.S. law. She faces a maximum of 15 years in prison if convicted of both counts.

In an unusual move, the United States has flown the family of the housekeeper, Sangeeta Richard, out of India.

Preet Bharara, U.S. Attorney for the Southern District of New York, said on Wednesday Richard’s family had been brought to the United States after legal efforts had begun in India “to silence her, and attempts were made to compel her to return to India.”

Mukherji said that once Khobragade receives her diplomatic card at the U.N. she would be eligible for greater privileges, including diplomatic protection from arrest.

“We have welcomed her into our team here at the U.N. I have had a meeting with her,” Mukherji said. “As soon as she is accredited, we hope she will be able to discharge her responsibilities.”

State Department spokeswoman Jen Psaki declined to offer any opinion on whether the change in diplomatic status could prevent Khobragade from being re-arrested or enable her to leave the United States.

“I don’t want to speculate on that,” Psaki told reported.

But she added that a change in status would not provide a “clean slate from past charges.”

STAIN ON THE BIGGER PICTURE

India is demanding that all charges against Khobragade are dropped, and political parties preparing for an election next May have tried to out do each other in their calls for retaliatory action against the United States.

“The U.S. has to understand that the world has changed, times have changed, India has changed,” said Parliamentary Affairs Minister Kamal Nath.

“The conduct and attitude that the U.S. has shown regarding Devyani issue is a matter of concern not only for India, but also for all countries and everyone should raise their voice.”

On Friday, protesters ransacked a Domino’s Pizza in a Mumbai suburb in anger on Friday while others shouted slogans outside the U.S. consulate in the southern city of Hyderabad.

While in New York, a few dozen protesters including several domestic workers from South and Southeast Asia gathered outside India’s consulate, chanting slogans and waving posters demanding that Khobragade’s diplomatic immunity be waived.

“Passports revoked, slave wages, restricted communication – this constitutes trafficking workers,” said Leah Obias, an organizer with the migrant-workers rights group Damayan. “There are diplomats trafficking workers all over the city and we demand justice.”

For all the strong words, both sides have a strong interest in getting relations back on track. India and the United States have enjoyed warmer ties on several fronts over the past decade.

Bilateral trade has reached over $90 billion, and New Delhi and Washington cooperate closely in counterterrorism, while sharing a common interest in ensuring stability in Afghanistan once western forces withdraw.

“We want to move beyond this, and I think we all recognize the importance of our long-term relationship,” Psaki said.