Is Ukraine bailout a Russian trap? 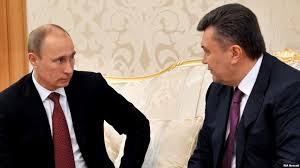 US Senator Christopher Murphy has a message to Ukrainians after Russia’s recently announced $15 billion bailout package: if it seems too good to be true, it probably is.

“The only place that you find free cheese is in a mousetrap,” he told BBC’s Katty Kay on Tuesday night. “There are conditions that come with this Russian money. We don’t know what it is yet.”

The senator from Connecticut, who addressed pro-EU protestors in Kiev on Sunday alongside Senator John McCain, said that it is in Ukraine’s interest to orient itself with Europe, and the US should do what it can to help.

Mr Murphy’s concerns have been echoed in Ukrainian opposition commentary. As reported by BBC Monitoring, the Ukrayinska Pravda news website wrote: “The Russians will get something in return. What exactly is a big secret.”

Pro-government Ukrainian media, however, greeted the news warmly. The news channel Inter said: “Ukraine has achieved what it wanted.”

Mark Mackinnon of the Globe and Mail of Canada writes that all this shows that the West has been “badly outplayed” by Russian President Vladimir Putin, and it is “highly unlikely” that the US or the EU can match Russia’s offer. 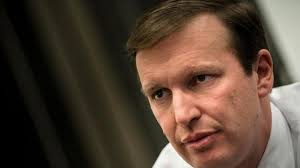 “Four weeks ago, Ukraine seemed set to sign a trade agreement with the European Union that would put the country on track for eventual accession to the EU,” he writes. “The Kremlin first used the stick – the threat of crippling economic retaliation – to get Ukrainian President Viktor Yanukovych to walk away from that deal on Nov. 21, a reversal that has since brought hundreds of thousands of pro-European protesters into the streets of Kiev. Now, Mr Putin has produced the carrot.”

Reuter’s Lidia Kelly writes that Russia’s move is not without risks, however:

Russia has had to tap into a rainy-day fund to afford the bailout at a time when its own economy, driven by energy exports, is in trouble. And it is not clear what it gets in return bar influence over the second most populous ex-Soviet state, whose 46-million population is a third that of Russia but whose ailing economy is less than a tenth the size.

She quoted one Russian government official as saying that the bailout was “a drop in the ocean… but it could become a painful drop”.

Despite recent developments, Mr Murphy told Kay he is still optimistic that Ukraine will end up integrated with Europe.

He acknowledged, however, that the end goal of an EU-associated Ukraine “now seems a little bit farther out”.