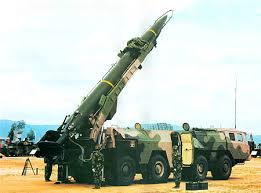 Russia has deployed short-range ballistic missiles in the country’s west, a move that it contends does not violate international treaties, the Defense Ministry said Monday, though it conceivably would allow Russia to carry out a precise strike against the Baltic nations and Poland.

The deployment of the Iskander missiles, which have a maximum range of about 250 miles and are capable of carrying conventional or nuclear payloads, has often been threatened by Russia as a response to proposed extensions of an American missile defense shield in Eastern Europe. However, the announcement on Monday was the first official confirmation from the Russian government that the Iskander systems may already be deployed within striking distance of NATO countries in Europe.

“Iskander rocket complexes are indeed standing armed with the rocket and artillery divisions in the Western Military District,” a region that includes Kaliningrad, a Russian enclave between Lithuania and Poland, said Igor Konashenkov, a Defense Ministry spokesman.

Mr. Konashenkov was quoted by Russian state news agencies as saying that the locations of the missiles “do not contradict any international agreements or treaties.”

Iskander missiles, first used during Russia’s war with Georgia in 2008, have been a recurring threat during times of heightened tension between Russia and the West. When he was president, Dmitri A. Medvedev, now the prime minister, said in a 2011 address that the missiles could be placed in Kaliningrad to “secure the destruction of the European component of the U.S. missile defense system.”

The disclosure of the Iskander deployment comes as relations between Russia and the West have strained over political protests in Ukraine, a neighbor of Russia, that could determine whether that country signs an association agreement with the European Union or moves toward the customs union championed by President Vladimir V. Putin.

“All this comes at the same moment as Ukraine,” said Alexander Rahr, a political analyst and Russia scholar based in Germany. “While some politicians have collectively tried to start a de-escalation to the conflict, we are witnessing the opposite. We have been in confrontations about values, about geopolitics, and now we are in a confrontation about arms.”

It was not immediately clear what prompted the decision to disclose the deployment of the missiles, or how long they had been stationed in western Russia.

On Sunday, the German newspaper Bild reported that secret satellite imagery showed that the missiles had been deployed in Kaliningrad, Russia’s westernmost point, which would give the missiles the maximum striking distance in Europe.

The Ministry of Defense did not respond to requests for information on the location of the rockets, or whether they were armed with conventional or nuclear payloads.

However, the Russian daily Izvestia quoted an unidentified source in the Russian army leadership who said that the missiles had been stationed in Kaliningrad for more than a year.

The Lithuanian minister of defense expressed concern over the reports, telling reporters that “further militarization of this region, bordering the Baltic States and NATO, creates further anxiety, and we will be watching the situation there closely.”

Dmitri Trenin, director of the Carnegie Center in Moscow, said that the disclosure would likely make relations between Russia and the West “a few degrees more tense,” but that the news was likely not a revelation for foreign governments.

“Kaliningrad is being watched by Western intelligence from many angles, so there are no surprises there for Western governments,” he said. “But Western publics will be sensitized to the fact that Russia is still there, that Russia has not totally disarmed, and that Russia remains, some people would say, the old new adversary.”