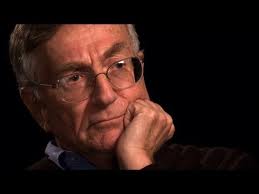 Pulitzer Prize-winning journalist Seymour Hersh accused the Obama administration Sunday of having “cherry-picked intelligence” regarding the Aug. 21 chemical attack in Syria that served as evidence for an argument in favor of striking President Bashar Assad’s government.

Though President Barack Obama eventually decided not to strike Syria, the administration made a public case for war by saying that Assad’s regime was responsible for a poison gas attack in the outskirts of Damascus. The U.N. later concluded the attack had involved the nerve agent sarin.

In his piece — titled “Whose Sarin?” — Hersh reported that al-Nusra, a jihadi group fighting in Syria’s long-running civil war, had also “mastered the mechanics of creating sarin and was capable of manufacturing it in quantity.” Therefore, he wrote, “Obama did not tell the whole story” when stating with certainty that Assad had to be responsible, crossing a so-called “red line” that would trigger U.S. retaliation.

Hersh is a freelancer, but he’s best known these days for his work in The New Yorker, where he helped break the Abu Ghraib scandal in 2004. While Hersh is not a New Yorker staff writer, it was notable that his 5,500-word investigative piece landed in the London Review of Books, a London literary and intellectual magazine, rather than the publication with which he’s most closely associated.

In an email, Hersh wrote that “there was little interest” for the story at The New Yorker.

A New Yorker spokesperson did not immediately respond to a request for comment.

Hersh then took the story to The Washington Post. The Post intended to publish it, as BuzzFeed first reported.

Hersh told HuffPost that he went to the Post because of the paper’s reporting on documents provided by former NSA contractor Edward Snowden.

In the Syria article, Hersh mentioned the Post’s Aug. 29 report on the U.S. government’s secret “black budget” for intelligence programs. He wrote that the leaked document revealed that “the NSA no longer had access to the conversations of the top military leadership in Syria, which would have included crucial communications from Assad, such as orders for a nerve gas attack.”

Hersh also cited the Post’s reporting on a “secret sensor system” that he wrote would have been expected to detect Assad’s regime preparing for a chemical attack in the days leading up to it.

It’s unclear exactly why the Post decided not to publish the story. Hersh wrote that he was told by email that Executive Editor Marty Baron decided “that the sourcing in the article did not meet the Post’s standards.”

Baron and a spokesperson for the Post did not respond to requests for comment on Sunday night.

Lorentzen said the piece was not only edited, but thoroughly fact checked by a former New Yorker fact checker who had worked with Hersh in the past.

While The New Yorker is renowned for its fact-checking department, government officials have taken issue with Hersh’s findings.

Shawn Turner, spokesman for the Director of National Intelligence, said in a statement to BuzzFeed that “any suggestion that there was an effort to suppress intelligence about a nonexistent alternative explanation is simply false.”

In an email, Hersh reiterated his contention that the administration “may have not played it straight about a war crime [and] actually asked America to go to war without a solid case.” Such consequential issues, he wrote, make his own “travails” to get the piece published “seem slight.”

Indeed, Hersh didn’t seem particularly bothered by having to shop the story to different outlets, telling HuffPost over email that “these things happen on tough stories presented by a non-staff writer … the way it goes … freelancing is not for the faint of heart.”