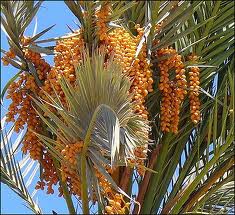 Scientists from Saudi Arabia and China said on Sunday they have completed mapping the genome of the date-palm tree, whose fruit is a staple food in many regions.

Scientists from Riyadh’s King Abdulaziz City for Science and Technology and China’s Shenzhen-based BGI have been working on the project since 2008.

Saudi Arabia has 450 varieties of the 2,000 species known worldwide, according to scientists.

There are about 100 million date palms in the world, of which 10 per cent are in Saudi Arabia, which contributes 14 per cent of the world production of dates.

In 2010, 20 scientists from both centres decoded the entire genetic makeup of the single-humped camel, camelus dromedarius, the omnipresent native of the Arabian peninsula.

Unlocking the genetics underpinning the camel’s immune system could lead to potential medical discoveries, and the genome data can also help scientists understand better how the mammal produces its highly nutritious and medically valuable milk.