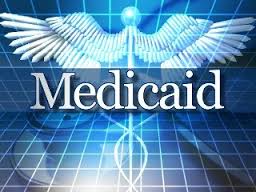 U.S. prosecutors have charged 49 current and former Russian diplomats and their family members with participating in a scheme to get health benefits intended for the poor by lying about their income.

The charges come against a backdrop of tense exchanges between Russia and the United States over law enforcement actions in both countries.

According to the charges, filed in November and unsealed on Thursday, the diplomats’ families got around $1.5 million in benefits from the Medicaid program for families with low monthly incomes – in many cases around $3,000 or less. The benefits covered costs related to pregnancies, births and infant care, the charges say.

Meanwhile, according to the charges, the family members had their housing costs paid for by the Russian government and spent “tens of thousands of dollars” on vacations, jewelry and luxury goods from stores like Swarovski and Jimmy Choo.

“We are puzzled by the stovepiping of information to the media about accusations against Russian diplomatic mission officials in the U.S.,” Russian Deputy Foreign Minister Sergei Ryabkov told Interfax news agency.

“One does not understand why the (U.S.) institutions involved considered it possible to make these accusations public without discussing (them) through diplomatic channels.”

A spokesman for the Federal Bureau of Investigation, Peter Donald, said no one was arrested.

“Diplomacy should be about extending hands, not picking pockets in the host country,” he said.

Bharara declined to say how the charges might affect U.S.-Russia relations. He said his office has not been in contact with the White House.

A spokeswoman for the State Department did not immediately respond to a request for comment.

The Russian mission to the United Nations was not immediately available for comment on the case.

Only two of the seven officials who allegedly signed off on the income letters are identified in the charges by name. The other five are referred to as unidentified co-conspirators.

Timur Salomatin, a former Russian diplomat at the U.N., and his wife Nailya Babaeva, said they made $3,000 a month when Salomatin’s U.N. salary was actually $5,160 per month, according to the charges.

Another couple, Andrey Kalinin and Irina Shirshova, lied about their income and monthly housing costs in order to be deemed eligible for Medicaid and also sought benefits from the Special Supplemental Nutrition Program for Women, Infants and Children, which subsidizes the cost of some types of foods and education. According to the charges, the family received more than $23,000 in Medicaid benefits over about three years.

Some families also lied about their newborns’ citizenship status, the charges say, because children born to many diplomats and their spouses do not automatically acquire U.S. citizenship the way others do.

Hundreds of Russian diplomats and their families live in a compound in the Riverdale neighborhood in the Bronx. Three dozen of the defendants lived in Russian-owned housing in the Bronx, according to the complaint.

Bharara said only 11 are still in the United States; ten are diplomats with the Russian Mission to the U.N. and their spouses, and one is now stationed at the Russian embassy in Washington.

Russia has in recent years accused the United States of biased and politically motivated prosecution of its citizens, including jailed arms dealer Viktor Bout and Konstantin Yaroshenko, a pilot sentenced to 20 years in prison for drug trafficking.

In response to a U.S. law enacted in December 2012 that bars Russians seen as human rights abusers from entering the United States, Russian President Vladimir Putin signed off that same month on a similar law barring Americans, including some U.S. Justice Department officials, from Russia. Bharara is among those banned from Russia.