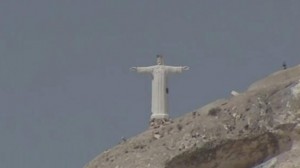 Syrian rebels, including jihadist groups, have captured the historic Christian town of Maalula north of Damascus, the Syrian Observatory for Human Rights said.

Rebels assaulted the town by rolling explosive-filled tyres down the hills onto regime forces and were able to reach the city centre yesterday after three days of intense fighting, with clashes still raging in the surrounding areas.

The picturesque town is considered a symbol of the ancient Christian presence in Syria, and its 5,000 pre-war residents are among the few in the world who still speak Aramaic, the language of Jesus Christ.

The fighting came as the regime has been battling to gain control of a string of nearby towns and villages along the strategic Damascus-Homs highway north of the capital.

The Observatory, a Britain-based monitoring group that relies on activists and other sources on the ground, said several groups, including Al-Nusra Front, an Al-Qaeda affiliate, had taken part in the capture of the town.

The rebels abducted 12 Syrian and Lebanese Orthodox nuns from their convent after moving into the town, Vatican Radio reported, citing Mario Zenari, the nuncio (ambassador) of the Holy See in Syria.

Syrian state news agency SANA had earlier said the rebels had entered the Orthodox Mar Takla convent, in the middle of the city, which had previously been controlled by the army.

The convent is home to some 40 nuns and orphans, some of the few residents of the town who remained after rebels first entered in September, prompting fierce fighting with the army.

Photo: Christ the Redeemer on the hillside in Maaloula