Syrian Refugees forced to leave after raping a Lebanese boy 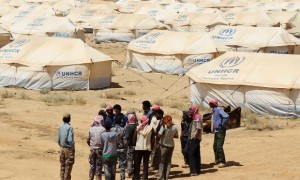 Syrian refugees were pressured into removing their tents on Sunday from Zahle’s neighborhood of Temnin in the Beqaa region after a group of Syrians raped a sixteen-year-old Lebanese boy from the town who suffers from a mental disability.

Earlier in the day, Temnin residents blocked the town’s main road to protest the rape of the local boy.

The residents also threatened to set the Syrian refugees’ tents on fire if they did not leave the town.