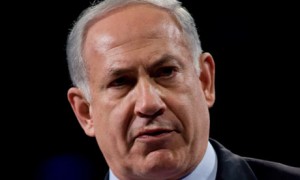 The Israeli government called the deal reached with Iran over its nuclear program a “historic mistake,” saying it only slows a nuclear program that will still be capable of producing a bomb.

Speaking to his Cabinet on Sunday, Prime Minister Benjamin Netanyahu said the agreement endangered Israel, adding the nation is not bound by the international community’s nuclear deal and reserves the right to defend itself.

“We’re worried about the agreement but our job is to keep up the warnings,” said Yair Lapid, Israel’s Minister of Finance and part of Netanyahu’s coalition government. “We’re not comfortable but this warning needs to be done. We have six months until there is (hopefully) a better agreement.Voicing what he called Israel’s right to self-defense, he said, “I want to clarify that Israel will not let Iran develop nuclear military capability.”

“We may be the only child in the room saying the king has no clothes but that’s what we must do.”

An official in the Prime Minister’s office said the agreement “gives Iran exactly what it wants: a significant easing of sanctions and allows Iran to keep the most significant parts of its nuclear program. The agreement allows Iran to continue enriching uranium and leaves it the centrifuges that enables it create (fissile) material to create nuclear weapons. Likewise, the agreement doesn’t lead to dismantling the Arak reactor. The economic pressure on Iran would have led to a much better agreement that would have dismantled Iran’s nuclear capability.”

The White House said the interim deal limits Iran’s existing stockpiles of enriched uranium, which can be turned into the fissile core of nuclear arms. The accord curbs the number and capabilities of the centrifuges used to enrich and limits Iran ability to “produce weapons-grade plutonium” from a reactor in the advanced stages of construction.

Iran’s nuclear program will also be subject to “increased transparency and intrusive monitoring.” In return, the White House said economic sanctions on Iran imposed to get it to curtail its nuclear activity will be eased.

Uri Savir, a former Israeli ambassador and president of the The Peres Center for Peace, called the deal an “historic agreement,” saying it will go a long way to limit Iran’s nuclear program for six months and could also jump start progress on Syria and the Israeli-Palestinian peace process. He lauded Obama and Secretary of State John Kerry, “who despite opposition advanced global peace diplomacy.”

Nafatali Bennett, the Minister of Economy and Commerce, said on Army Radio that world powers could have used the talks in Geneva that led to the deal to force Iran to give up its nuclear program rather than freeze it at a point where it can resume work at any time.

“Iran was on the mat because of the sanctions, but then the West picked it up and gave it something to drink. Israel does not have to be a party to this agreement and has the right to defend its security,” he said, alluding to possible military action. “The whole Middle East is affected but the danger to Israel is unique.”

In early-morning Facebook posts, Israelis compared the deal to the one made by former British prime minister Neville Chamberlain, who brokered an agreement with Nazi Germany in 1938 that did nothing to prevent a world war as promised.

Josh Hasten, who hosts a political radio show, told USA TODAY that, “There is no doubt that the leaders in Iran are smiling this morning as they have been given a pass by the world community to maintain the option of building a nuclear weapon.”

He described the deal as an appeasement that will leave the entire world and not just Israel at risk of a nuclear Iran.

“It’s truly a major step in the wrong direction,” he said.