US delivers military aid to army at Riyaq Air Base 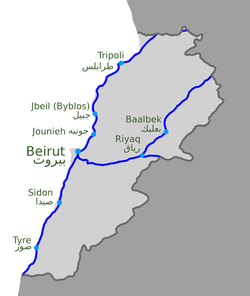 A US aircraft carrying military aid for the Lebanese army landed Saturday afternoon at the Riyaq Air Base in Beqaa, NOW reported on Saturday.

The military aid was received by the Second Intervention Force Regiment in the Beqaa, the report added.

The report also added that the plane will stay at the airport until all the military aid is handed over to the Lebanese army.

The US military aid may have been delivered at the Riyaq Air Base because the Beirut airport is controlled by the Iranian backed Hezbollah militant group according to local observers.