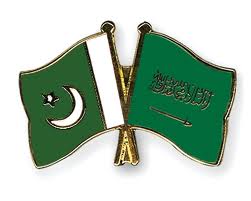 Pakistan’s Foreign Ministry on Thursday denied as “speculative, mischievous and baseless” a report by the BBC that Islamabad has agreed to sell nuclear weapons to Saudi Arabia.

The BBC had quoted a “senior Nato decision maker” as saying that Pakistan has produced nuclear bombs for Saudi Arabia and are “ready” for delivery.

The claims were backed by former Israeli military intelligence chief Amos Yadlin who told a conference in Sweden last month that “the Saudis will not wait one month. They already paid for the bomb, they will go to Pakistan and bring what they need to bring,” according to BBC.

The Saudi embassy in London told the BBC in a statement that the kingdom is a signatory to the Non-Proliferation Treaty and has worked to establish a nuclear free Middle East.

But it also said that the “failure to make the Middle East a nuclear free zone is one of the reasons the Kingdom of Saudi Arabia rejected the offer of a seat on the U.N. Security Council.”