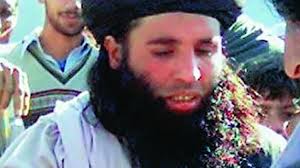 The Pakistani Taliban rejected the idea of peace talks with the government after electing hardline commander Mullah Fazlullah, whose men shot schoolgirl Malala Yousafzai last year, as their new leader on Thursday.

The rise of Fazlullah, known for his fierce Islamist views, by the Taliban Shura council follows the Killing of Hakimullah Mehsud, the previous leader or ameer, in a U.S. drone strike on November 1.

Mehsud and his allies had been tentatively open to the concept of ceasefire talks with the government, but Fazlullah’s emergence as the new chief changes that picture.

“There will be no more talks as Mullah Fazlullah is already against negotiations with the Pakistan government,” Shahidullah Shahid, a Taliban spokesman, told Reuters by telephone from an undisclosed location in neighboring Afghanistan.

“All governments play double games with us. In the name of peace talks, they deceived us and killed our people. We are one hundred percent sure that Pakistan fully supports the United States in its drone strikes.”

Attacks have been on the rise since Sharif came to power in May promising a negotiated end to violence, a concern for global powers already unnerved by the possible security implications of the withdrawal of most U.S.-led troops from Afghanistan in 2014.

No meaningful talks have taken place since Sharif’s election and Fazlullah’s rise could signal the start of a new period of uncertainty and violence in the already unstable region.

Speaking to Reuters, Shahid said the new ameer had taken over the decision-making process within the Taliban with immediate effect and would soon decide whether to avenge the death of Mehsud with a new campaign of bombings and killings.

Nicknamed Mullah Radio for his fiery Islamist radio broadcasts in Swat valley, Fazlullah is considered hardline even within the Pakistani Taliban movement itself.

Born in 1976, he gained prominence in 2004 when he set up an underground FM radio station in the deeply conservative Swat valley to promote fundamentalist and anti-Western ideas.

He and his fighters took over the valley in 2009 and imposed strict Islamic rule. Fazlullah opposes polio vaccinations which he has described as a Jewish and Christian conspiracy to harm Muslims, and ordered the closure of girls’ schools.

Malala, who openly criticized the Taliban and campaigned for womens’ right to education, is a symbol of everything he has been fighting against.

Outraged by the Taliban, the then-11-year-old kept a blog under a pen name and later launched a full-fledged campaign for girls’ education.

Fazlullah’s men shot and wounded her last year, instantly turning Malala into a global hero. She was airlifted to Britain for medical treatment and now lives with her family in the northern city of Birmingham. The Taliban have said it will kill her if she came back.

Fazlullah’s troops melted away across the mountainous border into Afghanistan in 2009 after a military offensive by the Pakistan army which now controls the area. Fazlullah is believed to be in Nuristan province.