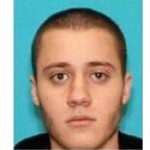 A man dressed in black walked into Los Angeles International Airport, pulled a semiautomatic rifle out of his bag and shot his way through a security checkpoint Friday, killing a TSA screener and wounding at least two other officers, as panicked passengers scurried for the exits.

Authorities found a note in the gunman’s bag indicating that he wanted to kill TSA agents, according to two law enforcement officials. The note contained other antigovernment rhetoric and made clear that he wanted to avoid hurting civilians, the officials said.

The man, identified by the FBI as Paul Ciancia, 23, of Los Angeles, made his way deep into the airport before he was wounded by police near a Burger King on the departure-gate side of the security checkpoint. He is in critical condition at Ronald Reagan UCLA Medical Center and in custody, officials said.

A TSA official late Friday night identified the slain screener as Gerardo I. Hernandez, 39. He was the first TSA officer killed in the line of duty since the Transportation Security Administration was created after the terror attacks on Sept. 11, 2001, the American Federation of Government Employees said.

Police said paramedics treated seven other people for injuries. Six of those, including at least two TSA agents, were taken to hospitals. In a message to employees, TSA Administrator John Pistole said two other TSA officers are recovering from their wounds.

The notion of a gunman firing a semiautomatic rifle at security screeners at a major airport just weeks before the crowded and stressful holiday season struck a nerve among travelers across the country.

It also brought the nation’s third-busiest airport to a near standstill and disrupted global airline schedules. Hundreds of departing flights were grounded or delayed for hours. Many arriving flights were diverted to other Southern California airports, and officials advised passengers booked on afternoon flights to just stay away.

In the confusion, passengers wandered around the airport grounds looking for their baggage, or for a relative who had come to meet them, or a vacant hotel room to stay in until flights resumed.

Police said they believe Ciancia, who originally is from the South Jersey town of Pennsville, acted alone. They said they don’t know much yet about his motive, but authorities said they don’t believe it was part of any organized terror attack.

The chief called Los Angeles police to request that they check on him.

“There were two roommates, and they said he was there yesterday but not today,” Cummings said.

The shooting at LAX underscored the continuing vulnerability of airport hubs despite a steady escalation of security over the past decade, even as travelers have grown accustomed to taking off their shoes in screening lines, undergoing full body scans and ditching their bottled water.

The shooting began around 9:20 a.m. Los Angeles time, when Terminal 3 was so crowded that there were no vacant seats in the food court. Gannon said the shooter pulled the rifle from his bag and started firing as soon as he walked into the airport. He kept shooting as he went through the checkpoint and advanced toward the departure gates and restaurants.

As bullets flew, panic erupted. Passengers dropped to the ground. They huddled in restrooms and restaurants, hoping the gunman would not come in. Some escaped the terminal altogether through emergency exits and hid beneath the bellies of planes waiting on the tarmac.

Vernon Cardenas of West Hollywood told the Los Angeles Times that the scene was “mayhem,” as frantic parents searched for their children and many people cried.

“Sitting down, all of a sudden, literally just out of the blue, you hear a rumble in the background and a couple of seconds later, people are running at me,” he said.

Bill Reiter, a columnist for Fox Sports, was at the airport and tweeted updates that portrayed how terrified many fliers were.

One read: “After the initial burst of gunfire and hiding, people started jumping over one another, jumping off chairs, pushing each other. Chaos & fear.”

Reiter described a “stampede” of people running out the exits onto the tarmac:

President Obama said he was “concerned” about the airport shooting, but he declined to comment further, saying, “I’ll let the law enforcement folks talk about it directly.”

Rand Beers, acting secretary of the Department of Homeland Security, expressed his sympathy for the TSA employee who was killed and those who were injured.

“This act of violence reminds us of the risks the brave men and women of TSA face every day as they work to protect the traveling public,” he said in a statement.

The shooting raises questions about how secure the airport screening process is more than a decade after the Sept. 11 attacks.

Last year, a Department of Homeland Security inspector general’s report found that while the TSA has a system to track some security breaches, there is no centralized program that tracks all breaches. At the six airports visited, the report said, investigators found several lapses. The review found documentation of “corrective actions” for only 53 percent of the breaches it identified.

The report cited several instances of improper screening. In one case, a dead dog was loaded on a departing flight without screening for explosives or disease. In another, a passenger bypassed screening by walking through a disability gate. And in another, two passengers were allowed through screening even though the full-body scanner was malfunctioning.

But none of those scenarios address an incident like Friday’s, in which the shooter opens fire in the terminal well before approaching the screeners, and then is able to shoot his way through. In some countries, baggage X-ray machines are located just inside the front door, and no one can get to the terminal without a screening.

The shooting at LAX comes as the TSA is trying to be more helpful to fliers and loosen some screening restrictions for senior citizens and children. The agency recently expanded its PreCheck program, which allows pre-screened passengers who pay a fee to move more quickly through security.