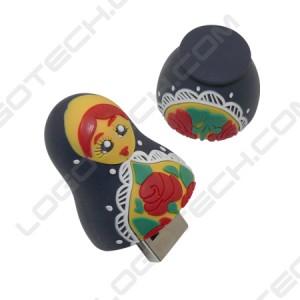 The devices were given to foreign delegates, including heads of state, at the summit near St Petersburg, according to reports in two Italian newspapers, La Stampa and Corriere della Sera.

Downing Street said David Cameron was not given one of the USB sticks said to have contained a Trojan horse programme, but did not rule out the possibility that officials in the British delegation had received them.

The Prime Minister’s official spokesman said: “My understanding is that the Prime Minister didn’t receive a USB drive because I think they were a gift for delegates, not for leaders.”

Asked if Downing Street staff were given the USBs, he said: “I believe they were part of the gifts for delegates.”

The latest claims of international espionage come on the heels of allegations that the United States’ National Security Agency spied on friendly European powers, including Germany, France, Spain and Italy, by covertly monitoring tens of millions of telephone calls.

The alleged attempts by Moscow to access secret information from foreign powers at the G20 came at a time of high tension between the US and Russia, in particular over Syria and the Russian granting of asylum to former NSA systems analyst Edward Snowden.

Suspicions were first raised about the Russian spying campaign by Herman Van Rompuy, the President of the European Council, according to Corriere della Sera, which carried the story on its front page.

He ordered the USB pen drives and other devices received by the delegates in St Petersburg to be analysed by intelligence experts in Brussels, as well as Germany’s secret service.

A memorandum was then sent out to G20 members, the Italian daily claimed.

“The USB pen drives and the recharging cables were able to covertly capture computer and mobile phone data,” the secret memo said.

The devices were “a poisoned gift” from Vladimir Putin, claimed La Stampa, the Turin-based daily.

“They were Trojan horses designed to obtain information from computers and cell phones,” the paper said.

The investigations into the alleged spying devices were ongoing, the reports said.

It was not known if every foreign delegation and head of state had been given the covert spying devices.

But Brussels sources said they were baffled by the allegations and expressed total confidence in the security of devices used by EU delegates, including at the St Petersburg summit.

A diplomat said it would be a “schoolboy error” to put a free memory stick into a computer at such a summit because of obvious security concerns.

He said any security-trained diplomat would be alert to such unvetted “freebies”.

“We’ve not found any evidence of a problem,” said the European Commission’s official spokesman.

Dmitry Peskov, Vladimir Putin’s spokesman, flatly denied the allegations, describing the Italian stories as a poorly disguised effort to divert attention from reports of US intelligence services spying on Angela Merkel and other European allies.

“These are really funny reports, actually. First of all they have no sources. It is a bold attempt to switch attention from very real problems existing between European capitals and Washington. It is a classic example of that,” he told the Telegraph on Tuesday.