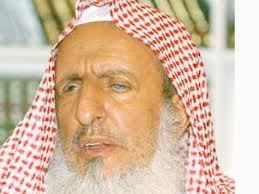 “This is all wrong, it’s not obligatory,” he said, in reference to Saudi men joining a civil war that is now into its third year, Al-Hayat Arabic daily reported.

Delivering a lecture on “Deviation among the youth: Causes and ways to address them” at Imam Turki Bin Abdullah Mosque in Riyadh on Saturday, the Grand Mufti warned preachers against encouraging young men to fight in Syria during their sermons.

He criticized some preachers who encourage and lure youths to wage holy war (jihad) but prevent their sons from doing the same.

“Muslim should be fearful of God and not deceive young Muslims and exploit their weakness and lack of insight and push them to an abyss. I ask them (preachers) to advise (young people) as they would advise their sons,” Asheikh said, adding that it is not good to incite others to do evil and at the same prevent their sons from doing it.

Replying to questions from the audience about the online campaign inciting youths to go for jihad (in Syria) without the permission of the scholars and rulers of the country, Asheikh clarified that waging jihad is not a personal obligatory duty of Muslims.

Referring to the Syrian conflict, he said: “These are feuding factions and one should not go there.”

“I do not advise one to go there … Going to a land that you do not know and without experience, you will be a burden to them. What they want from you is your prayer,” he added.