Cheney: Friends no longer trust us, enemies ‘don’t fear us’ 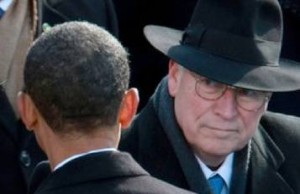 Former Vice President Dick Cheney faulted the Obama White House’s handling of Middle East politics, saying the U.S. presence in the region had been “significantly diminished” in recent years. “I think our friends no longer count on us, no longer trust us and our adversaries don’t fear us,” he said during an interview on Sunday on ABC’s “This Week.”

He expressed skepticism that the Obama administration would be able to force Iran to comply with demands that it show its nuclear program is peaceful. Asked if military action against Iran was “inevitable,” Cheney said he had “trouble seeing how we’re going to achieve our objective short of that.”