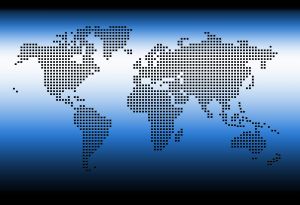 Future military operations may use a constantly updated digital “image skin” for a comprehensive map of the world under development by the Pentagon’s National Geospatial-Intelligence Agency (NGA).

This week, the NGA sought information from potential contractors to help develop the “orthorectified image skin” that would provide the base layer for the world map. Such a map would give the military a clearer picture of any potential trouble spot where troops would have to operate.

The U.S. Geological Survey defines orthoimagery as “high resolution aerial images that combine the visual attributes of an aerial photograph with the spatial accuracy and reliability” of a traditional map.

“A key element necessary to support global readiness is the availability of a current and accurate worldwide image base to ensure a common operational picture for all users,” the NGA document says.

In March, the NGA issued its first request for potential contractors for the orthoimaging for the map. The image skin will provide the foundation for the map and consist of images from multiple sources, including “commercial and government sources from satellite or airborne,” a March NGA document shows. “Sensors have included Electro Optical, Multi Sensor Imagery, Light Detection and Ranging, Synthetic Aperture Radar and Interferometric Synthetic Aperture Radar.”

The images for the map, according to the NGA, must be updated electronically “with multiple updates expected each week.”

NGA officials in charge of the map of the world project were scheduled to attend a geospatial intelligence symposium this month in Tampa, home to U.S. Central and Special Operations commands. The event was postponed until next spring because the government shutdown prevented government officials from traveling.

Images and maps from the NGA provide vital intelligence for military missions around the world, including the raid in 2011 by Navy SEALs that killed al-Qaeda leader Osama bin Laden in Pakistan. Using a variety of sources, the NGA provides a comprehensive visual picture for troops on the ground and for aerial attacks.

Effective imaging and mapping can mean the difference between success and failure for any military mission. Troops on the ground need to know if a wall they may be forced to scale is 10 feet high instead of 20, for example, then they can adjust their tactics accordingly.

Other recent NGA programs include the digital mapping of large sections of the ocean floor, particularly in Asia, where the Obama administration has called for an increased military focus.