Iran may be month from a bomb: Report 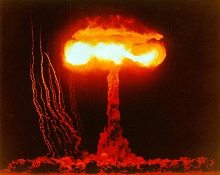 Iran could produce enough weapons-grade uranium to build a nuclear bomb in as little as a month, according to a new estimate by one of the USA’s top nuclear experts.

The new assessment comes as the White House invited Senate staffers to a briefing on negotiations with Iran as it is trying to persuade Congress not to go ahead with a bill to stiffen sanctions against Iran.

“Shortening breakout times have implications for any negotiation with Iran,” stated the report by the Institute for Science and International Security. “An essential finding is that they are currently too short and shortening further.”

David Albright, president of the institute and a former inspector for the U.N. International Atomic Energy Agency, said the estimate means that Iran would have to eliminate more than half of its 19,000 centrifuges to extend the time it would take to build a bomb to six months.

The Obama administration has said Iran is probably a year away from having enough enriched uranium to make a bomb. Requests for comment from the National Security Council and the State Department were not answered.

In the report, Albright said negotiations with Iran should focus on so-called “breakout” times, or the time required to convert low-enriched uranium to weapons-grade.

Albright, who has testified before Congress, said the negotiators should try to find ways to lengthen the breakout times and shorten the time that inspectors could detect breakout. ISIS’ analysis is based on the latest Iranian and United Nations reports on Iran’s centrifuge equipment for producing nuclear fuel and its nuclear fuel stockpiles.

Iran’s stockpile of highly-enriched uranium has nearly doubled in a year’s time and its number of centrifuges has expanded from 12,000 in 2012 to 19,000 today.

Sen. Mark Kirk, an Illinois Republican whose Senate Banking Committee is considering legislation to tighten Iran sanctions, said the report shows that Iran is expanding its nuclear capabilities under the cover of negotiations. 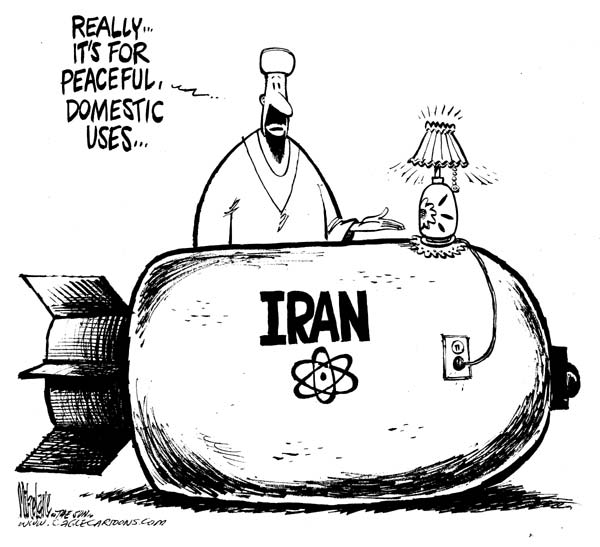 “The Senate should move forward immediately with a new round of sanctions to prevent Iran from acquiring an undetectable breakout capability,” he said.

The White House has said new sanctions legislation should wait while current negotiations — scheduled to resume officially in Geneva next month — are moving forward.

The White House said Thursday it will continue consulting with Congress “so that any congressional action is aligned with our negotiating strategy as we move forward,” said Caitlin Hayden, a spokeswoman for President Obama’s National Security Council.

Bernadette Meehan, an NSC spokeswoman, said the intelligence community maintains “a number of assessments” regarding potential time frames for Iran to produce enough weapons-grade uranium for one weapon or a testable nuclear device.

“We continue to closely monitor the Iranian nuclear program and its stockpile of enriched uranium,” Meehan said.

World powers are seeking an agreement “that ultimately resolves all of the international community’s concerns about Iran’s nuclear program,” she said. “The ultimate goal is a comprehensive agreement that is credible, transparent, and verifiable.”

Iranian President Hassan Rouhani has said his country has no interest in nuclear weapons but that producing nuclear fuel is Iran’s right. His foreign minister, Javad Zarif, has said Iran will not ship its nuclear stockpile to a third country.

However, Iran has blocked international inspectors from some suspected nuclear facilities to verify they are being used for peaceful purposes, access required under international agreements it has signed.

United Nations inspectors have found evidence of a weapons program in violation of Iran’s commitment under the Nuclear Non-Proliferation Treaty. The USA and the U.N. Security Council have implemented crippling economic sanctions on Iran to sway it to take steps to assure the world it is not developing a bomb.

Israel, which sees an Iranian nuclear bomb as a threat to its very existence, has said it will take military action to prevent Iran from getting a bomb.

ISIS estimated in October 2012 that Iran could produce enough highly-enriched uranium for a bomb within two to four months. The new estimate is based on an analysis of the latest reports by Iran and the the IAEA.

ISIS considered various scenarios, including if Iran decided to build a covert enrichment plant like it has under a mountain in Fordow, near the city of Qom, that was designed for optimal efficiency and minimal time to enrich enough uranium for bomb making. Such a facility built with current Iranian technology could produce enough material for a bomb in a week, according to the ISIS report.

“If they did that and they were caught it would be a smoking gun of a nuclear weapons program,” Albright said.

If Iran moves ahead with installation of its more efficient, second generation centrifuges, it would be able to produce enough nuclear fuel for a bomb with so few of them, between 2,000 and 3,300 centrifuges, that they could fit in a small warehouse, Albright said.