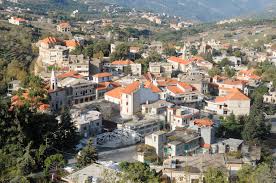 The residents of Hammana in the Upper Metn region blocked the main Beirut Damascus road in Daher al-Baydar at the Falougha intersection to protest the establishment of the al-Qaisamani dam in the Falougha area , claiming it would affect their region’s potable water, MTV reported on Wednesday.

This development comes after Director General of Kuwait Fund for Arab Economic Development (KFAED) Abdulwahab Al-Bader said on Tuesday KFAED would in the next two days lay the cornerstone of two development projects in Lebanon valued USD 165 million.

Upon arrival at Rafik Al-Hariri International Airport, Al-Bader told KUNA he will put the cornerstone to al-Qaisamani Dam project noting that the ceremony will be held under the auspices of Minister of Energy and Water Gebran Bassil.

Al-Bader, accompanied by KFAED Arab Regional Director Marwan Al-Ghanem, noted on the importance of al-Qaisamani dam project by saying that KFAED signed a loan agreement with Lebanon in 2010 under which the Fund extended a loan of USD 19 million to build the dam, which will have a capacity of one million cubic meters and will supply 35 villages in Mount Lebanon with water.