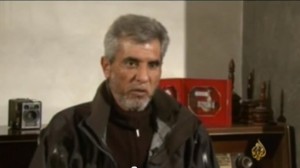 One of the most senior commanders of the rebel Free Syrian Army has been killed during clashes with government troops near the southern city of Deraa on the border with Jordan, insurgents and state media said.

Yasser al-Aboud, a former Syrian army officer who defected in the early days of the revolt, was leading an assault on army checkpoints on Monday in the town of Tafas, north-west of Deraa, they added.

“The commander Aboud was martyred as he was leading a group of rebels against regime forces,” said Abu Hamza from the rebel Falujat Huaran brigade that was involved in the clashes.

Aboud was a founding member of the western-backed Free Syrian Army’s military council in southern Syria, which groups moderate brigades and has said it is worried about the growing role of Islamist insurgents in the conflict.

While the Syrian army has maintained control of Deraa, the cradle of the two-and-a-half-year uprising against President Bashar al-Assad, rebels have gained territory in the city’s old quarter and surrounding rural areas in recent months.