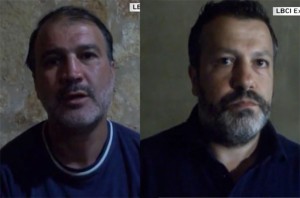 Two Turkish Airlines pilots who were kidnapped in Lebanon in August have appeared in a video broadcast on Lebanese television.

Murat Akpinar and co-pilot Murat Agca identify themselves in the 30-second video, saying say they are both well and want to go home.

They were abducted near Beirut’s international airport, from a bus carrying crew members and passengers.

The kidnapping was apparently linked to the detention of Lebanese in Syria.

At the time of the abduction, a group called Zuwwar al-Imam Rida said it had seized the men, saying they would be freed in exchange for nine Lebanese hostages seized in Syria in May 2012.

The nine Lebanese Shia pilgrims went missing in Aleppo province in northern Syria as they returned from a pilgrimage in Iran.

In the video broadcast on LBC television on Tuesday and apparently filmed the previous day, both men speak in English.

Mr Agca says: “I am safe and sound. I miss my family, my children and my country.”

Mr Akpinar says: “I would like to be at my home, I am fine.”

Turkey backs Syria’s Sunni rebels, and is seen to have influence over them, while much of Lebanon’s Shia community supports President Bashar al-Assad.

A few weeks after the pilots were abducted, Lebanese TV broadcast a photo and audio recording of the pair.

At the time, Turkish media reported that the pilots had been moved after security officials had almost succeeded in rescuing them

More than 100,000 people have been killed in the 28-month conflict in Syria, with a further 1.7 million Syrians forced to seek shelter in neighbouring countries, according to UN estimates.