Chamoun: Lebanon’s oil portfolio is not in safe hands 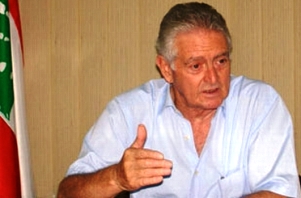 “The issue is not limited to Hezbollah’s causing another clash with Israel, but also the threats of Bassil over  striking deals with contracting companies regardless of the views of the cabinet,” Chamoun said in remarks published by Kuwaiti daily Al-Anbaa on Thursday.

“Bassil is rushing to secure the bids for his own interest, and this has been confirmed by his readiness to offer the contracts to Iranian companies.”

The NLP leader added that the oil exploration portfolio was not “in safe hands.”

Chamoun’s criticism after Lebanese Forces leader Samir Geagea told As-Safir newspaper that the Shiite militant group was seeking to use Lebanon’s oil portfolio by creating another Shebaa issue to justify another war with israel and give legal justification to the existence of its illegal weapons.

The oil issue became hot after Bassil called on the cabinet—which resigned in March—and the parliament to hold extraordinary sessions to approve the oil sector decrees.

Many observers are of the opinion that Bassil wants to rush the bidding issue in order to secure his commissions while he is acting as the energy minister in a caretaker capacity, specially since the majority of the politicians are calling for rotating the ministerial portfolios