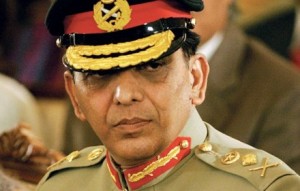 Kayani, who served two terms after former dictator Pervez Musharraf appointed him in 2007, said he will step down on Nov. 29. His replacement will be chosen by Prime Minister Nawaz Sharif, who resurrected his career after Musharraf ousted him in a 1999 coup, winning a May election that marked the first transfer of power between elected civilian governments in Pakistan’s 66-year history.

“It is time for others to carry forward the mission of making Pakistan a truly democratic, prosperous and peaceful country,” Kayani said in yesterday’s statement. “Institutions and traditions are stronger than individuals,” he said in dismissing “rumors” in the media about his future plans.

His successor will take charge at a time when Sharif’s four-month-old government is seeking talks with pro-Taliban militants to end a decade-long insurgency as the U.S. reduces troop levels in neighboring Afghanistan. The violence has contributed to an economic slump that prompted Sharif to secure a $6.6 billion loan from the International Monetary Fund.

Pakistan’s military has ruled the country of 193 million people for more than half of its history. Kayani had a three-year term extended in 2010 to ensure continuity in the fight against militants.