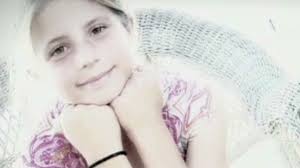 The rescuer didn’t see the teen trapped under the rubble at first. But he heard her scream.

Then he saw a hand sticking out of the rocks, Chaffee County Undersheriff John Spezze told reporters Tuesday, and he started digging.

Authorities say Gracie Johnson, 13, was the only survivor of a deadly rockslide Monday that killed five members of her family — including her parents, sister and two cousins who were visiting on vacation.

The horrifying details of their deaths on a popular mountain trail have shaken this close-knit town of about 3,000 people.

But no one seems to be surprised by what the teen reportedly told the man who helped pull her from the rubble — that her father saved her life.

“She said her dad jumped on top of her to protect her right at the last moment when the rocks were coming down,” Sheriff’s Deputy Nick Tolsma — the rescuer who first spotted Gracie’s hand sticking out from the rocks — told ABC’s “Good Morning America” Tuesday.

“He would have done the same for any of our children, absolutely,” said Jennifer Eggleston, a family friend.

The town of Buena Vista, she said, is devastated by the deaths of Dwayne Johnson, Dawna Johnson, and 18-year-old Kiowa-Rain Johnson.

“We may never get over this,” she said. “They were so much a part of every single thing we ever did. You won’t be able to find a single person in this town that they did not touch.”

Authorities said 10-year-old Baigen Walker and 22-year-old Paris Walkup were also killed in the rock slide. They were visiting on vacation from Missouri.

Search crews recovered the bodies and identified them on Tuesday, the sheriff’s office said, more than a day after rocks came crashing down at a scenic overlook near a waterfall.

In a debris field the size of half a football field, rescuers risked their lives to pull the victims’ bodies from underneath boulders the size of cars.


Authorities say they may never know for sure what caused the deadly rock slide. Recent heavy rains in Colorado may have played a role, Spezze said.

Geologists have said that the soil was saturated, he said, and that freezing temperatures overnight caused the rocks to loosen.

The rock slide happened before 11 a.m. Monday at a vantage point looking up on Agnes Vaille Falls in Nathrop. The site is about 120 miles southwest of Denver.

The trail leading to the falls is a relatively easy one, according to the U.S. Forest Service, making it popular with families.

The recent heavy rains mean water is filling fractures inside rocks. Combine that with freezing temperatures, and it can be a dangerous mix.

“Here, it could be that we have had so much moisture and rain. You could have gotten moisture in those fractures, and those could have lubricated those fractures and created the rock slides,” she said. “That might have been a contributing factor.”

But before Monday’s tragic accident, Spezze said, there were no signs that anything was wrong.

“The place is visited by thousands of people every summer. Nobody has said anything looked out of place,” he said. “It’s just, unfortunately, bad timing — and nature.”

As search teams swarmed the scene of the rock slide Tuesday, Gracie Johnson was hospitalized at Children’s Hospital in Denver for surgery to repair a severely broken leg, family spokesman Mike Carr said. Her grandmother, uncle and friends are with her, and she’s expected to make a full recovery, he said.

Words of support celebrating the teen’s survival could be seen painted on a giant boulder outside Buena Vista High School on Tuesday.

The rock is a popular spot for students to celebrate football victories and show school spirit, Principal Brian Yates said. As word spread about the Johnsons’ deaths Monday night, he said, a group of students repainted it to honor them.

They painted a blue cross and a red heart, and in big letters, “FOR THE JOHNSONS.” Smaller notes are scrawled nearby, like “Never forgotten,” “Your spirits live on” and “Stay strong, Gracie.”

Together, the Johnsons were deeply involved in their community, Yates said.

Kiowa was a senior at the school and a star athlete.

Dwayne was a football coach known for the way he connected with players. Dawna waited tables at two restaurants to support her family but still had time to help coach track.

“They were like parents to all of us,” Yates said.

As those who knew them in Buena Vista grieve, they are also offering words of encouragement to the teen who survived the deadly rock slide.

“I’m so happy that you’re still here for your brother and for your family,” family friend Anna Yates said Tuesday when asked what she’d like to tell Gracie. “You’re just a miracle. Everyone has faith in you.”

After all, she said, Faith is Gracie’s middle name.

Top photo: Gracie Johnson, 13, was the only survivor of a deadly rockslide Monday that killed five members of her family. Her father saved her life.”She said her dad jumped on top of her to protect her right at the last moment when the rocks were coming down,”