Iranian, US Interests Collide Across Mideast 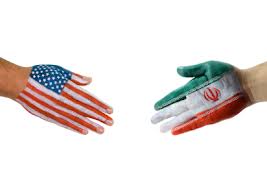 The groundbreaking dialogue between Iran and the U.S. has raised speculation of further advances to ease their 34-year diplomatic estrangement. But the two countries have overlapping interests across the Middle East and beyond that are sharply at odds.

———
SYRIA: Iran views the regime of President Bashar Assad as a centerpiece of its regional influence. Syria is a critical gateway for supplies to Iran’s main anti-Israel force, Hezbollah in Lebanon. Syria also offers Iranian warships a friendly Mediterranean port during their few trips through the Suez Canal. The U.S. has backed the Syrian political opposition, but is wary of the growing presence of rebel fighters inspired by al-Qaida and other extremist ideologies. Washington has put on hold possible military strikes to punish Assad’s government for suspected chemical attacks in August. Instead, it has supported a Russian-drafted plan to collect and eventually dismantle Syria’s chemical arsenal, but says military options could be revived if the effort stalls.

ISRAEL: Iran backs the anti-Israel forces of Hezbollah in Lebanon and has ties to Palestinian militant group Hamas, which controls the Gaza Strip. Hezbollah’s last major confrontation with Israel was a summer war in 2006. Rockets are sporadically fired from Gaza, which was the target of an Israel incursion that ended in early 2009 in response to widespread barrages. Israel remains America’s main ally in the region.

GULF ARAB STATES: The Sunni-ruled states from Kuwait to Oman are mainstay Western allies and view Iran — in differing degrees — as a rival. Saudi Arabia often leads the denunciations by the six-nation Gulf Cooperation Council of alleged Iranian plots to destabilize their ruling systems. The U.S. has deep military interests across the region, including access to air bases, thousands of ground troops in Kuwait and the U.S. Navy’s 5th Fleet in Bahrain. An occasional flash point has been the Strait of Hormuz at the mouth of the Persian Gulf, the route for about one-fifth of the world’s oil. In the past, Iran has threatened to block the narrow waterway in retaliation for Western sanctions.

IRAQ: Iran has considerable influence with the Shiite-led government of Prime Minister Nouri al-Maliki. It also is believed to have ties to Shiite militias that waged attacks on U.S. troops before their withdrawal. The U.S. maintains a strong political presence in Iraq and ties with the government.

AFGHANISTAN: Iran has strong cultural and linguistic ties with western Afghanistan and has bolstered its influence there since the fall of the Taliban after the U.S.-led invasion in 2001. Iran had been an archenemy of the Taliban, but ties have improved in recent years. The U.S. has troops in the country and plans a military withdrawal by the end of next year, but seeks to remain closely engaged in Afghanistan’s affairs.