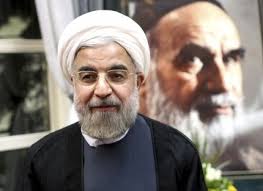 A charm offensive toward the West by Iran’s new president and his nuanced approach to his predecessor’s Holocaust denial have run into an Israeli wall of suspicion hardened by Tehran’s nuclear pursuits.

Israel, Prime Minister Benjamin Netanyahu said, will not be fooled by Hassan Rouhani’s international outreach and the world must not be either.

So when Netanyahu arrives in the United States next week, he will be on what aides describe as a mission to unmask Iran’s new administration, in which the West sees a potentially promising partner for negotiations to stop what it fears is a drive to develop atomic weapons.

“We’ve anticipated ever since Rouhani’s election that there would be American dialogue with Iran,” a senior Israeli official taking part in the annual U.N. forum told Reuters.

“Our goal is to ensure that these talks, if they happen, are matched with action, and soon. The Iranians are smiling, but they’re still cheating, and that has to be exposed.”

Iran says is nuclear program is for peaceful purposes only. Israel, widely assumed to have the Middle East’s only atomic arsenal, demands a total rollback of Iran’s nuclear projects, including uranium enrichment and plutonium production that could arm a bomb.

At White House talks with President Barack Obama on Monday, and in a speech to the U.N. General Assembly in New York a day later, Netanyahu will point to what he sees as Iranian duplicity aimed at eluding foreign sanctions while entering the final stretch toward nuclear weapons.

In the words of Israel’s Channel Two television, the right-wing Israeli leader will assume the unenviable role of “party pooper” in trying to dampen any Western expectations of a breakthrough in the nuclear crisis.

At his U.N. debut on Tuesday – boycotted by the Israeli delegation to the General Assembly – Rouhani pledged Iran’s willingness to engage immediately in “time-bound” talks on the nuclear issue. He offered, however, no new concessions.

Staying away from the speech, Israeli Finance Minister Yair Lapid said, only played into Iranian hands.

“We have to let the Iranians be the ones refusing peace and not appear as if we are not open to changes,” Lapid said in a statement, signaling a measure of domestic dissent that presented another challenge to Netanyahu.

And with Rouhani’s hardline predecessor Mahmoud Ahmadinejad – a lightning rod for Israeli and Western criticism – no longer on the world stage, Israel is now forced to dig deeper between the lines of Iranian rhetoric to try to show Iranian intransigence.

In a CNN interview on Tuesday, Rouhani avoided the Holocaust-denial language used by Ahmadinejad – while also steering clear of acknowledging the deaths of six million Jews at the hands of the Nazis.

The Holocaust, Rouhani said, was a “reprehensible crime” although its scale was a matter for historians.

“The comments ostensibly are welcome and a welcome change from those of his predecessor, but for a head of state of a country that still openly calls for Israel’s destruction this statement, frankly, does not carry much weight and it is effectively meaningless,” said Nazi hunter Efraim Zuroff, director of the Jerusalem office of the Simon Wiesenthal Center.

At the United Nations this time around, Netanyahu – who brandished a cartoon bomb last year to illustrate Iran’s alleged progress towards nuclear arms capability – will opt for a less flashy message, Israeli sources said.

He will note, they said, that in addition to purifying uranium Iran has made progress with a parallel track that could yield plutonium.

“I think this is not the time for gimmickry, and that he will play it straight to avoid any misunderstandings, especially with the Americans,” said one Israeli government adviser involved in Iran policy-making but who is not part of Netanyahu’s inner circle.

Since his address to the General Assembly a year ago, Iran has kept its uranium enrichment below the cartoon bomb’s “red line” threshold that could trigger Israeli strikes.

Drawing its own picture of the sincerity of the new Iranian president’s pledges of peace, Israel’s biggest newspaper, Yedioth Ahronoth, depicted Rouhani holding a cartoon bomb with a winking red “smiley face”.

Netanyahu’s speech next week is not finalized. His aides say he will probably wait until after he discusses Iran, the Syrian civil war and Israeli-Palestinian peace talks with Obama on September 30.

“(Netanyahu’s address) will blow away the smokescreen the Iranians are putting up in a bid to buy time as they move ahead on their nuclear breakout option,” an Israeli official said, describing the point at which Iran will have enough enriched uranium to build a bomb quickly should it decide to do so.

Obama has pledged to deny Iran the means to make a bomb and, like Israel, has not ruled out military force. Addressing the General Assembly on Tuesday, Obama suggested that Rouhani’s overtures could “offer the basis for a meaningful agreement” with Iran but stopped short of offering any softening of sanctions crippling its economy.

U.S. Secretary of State John Kerry and his counterparts from the five permanent members of the U.N. Security Council and Germany plan to meet Iran’s foreign minister on Thursday to discuss the nuclear issue.

In Iran, where hardliners were watching events in New York closely, Rouhani must tread carefully in his dealings with Washington and the West.

A much anticipated encounter with Obama on the sidelines of the General Assembly did not happen, and a senior U.S. official said the difficulty in arranging one was on the Iranian side.

An opinion piece in the hardline Iranian newspaper Kayhan described any handshake between Rouhani and Obama as “forbidden fruit” and said “the clean hand of our president would for moments be in the bloody clench” of the U.S. leader.

A combination of sanctions and fiscal mismanagement in recent years has severely damaged Iran’s economy, and the majority of Iranians have been hit hard by the effects.

Prices of basic and luxury goods have spiraled in the last two years, traditional investment in industry and business has dropped, while the real estate and currency markets – fuelled by Iranians who do have cash – have gone into overdrive.

All this has deflated the value of the Iranian currency, the rial, and swollen property prices into what many Iranian real estate agents say is a bubble.

Despite the deep pain, Iran is not yet on the verge of economic collapse, say analysts. Sanctions have more than halved Iran’s oil income to around 50 billion dollars but high world oil prices still help.

Also, sales of fuel oil have increased substantially in recent months and could bring in more than $7 billion for the year, if sustained. Sales of condensate, a light oil byproduct of Iran’s rising natural gas production, bring in several billion more.

Rouhani’s diplomatic initiative is underpinned by a desire to get sanctions lifted and relieve the economic pressure felt by ordinary Iranians. But Iran’s leaders are wary of appearing weak and have yet to offer any substantive nuclear compromise.

Sadeq Larijani, who heads Iran’s judiciary, said nuclear negotiations could achieve “positive results”. But he told the Mehr news agency that Iran would not relinquish its right to enrich uranium and use nuclear energy.