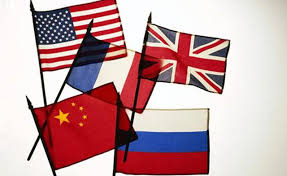 The two news organizations both quoted unidentified U.N. sources for their reports.

Russia had canceled a Security Council meeting scheduled on Tuesday after a flurry of diplomatic activity around the Syrian crisis.

The French resolution would give Syria 15 days to declare its entire stock of chemical weapons and make them immediately available for inspection before their destruction, The Times of London reports.

French Foreign Minister Laurent Fabius said at a news conference Wednesday in Paris that the resolution, based on five points, would demand that Syria “bring fully to light” its chemical weapons program.

Russia has objected to the French draft for its inclusion of the enforcement provisions.