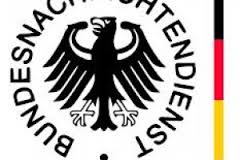 German intelligence believes the Syrian regime was behind last month’s chemical attack but that the large death toll may be the result of a dosage “mistake”, news site Spiegel Online has reported. Spiegel cited secret briefings to lawmakers reportedly given by the director of Germany’s BND foreign intelligence service, Gerhard Schindler.

Schindler reportedly said that the August 21 attack appeared to stem from Syrian government forces, although there was no absolute proof.

The BND chief said that only President Bashar al-Assad’s military and not the rebels had substances such as sarin gas and the capability to fire them using 107-millimetre calibre missiles, of which it has a significant stockpile.

But Schindler said the heavy number of casualties, which the United States has estimated at more than 1,400 people, pointed to a possible mistake in the dosage. Schindler, in his classified briefings, reportedly said that in other attacks in Syria earlier this year where chemical weapons were allegedly used “that the poison gas mixture was strongly diluted, explaining why they caused far fewer deaths”, Spiegel Online said.

The BND chief said it was possible the regime had ordered the use of poison gas as a way of intimidating the rebels on the outskirts of the capital Damascus.

The Spiegel report said Schindler considered it “possible that a mistake was made in mixing the gas and that much more poison than planned was fired”. During one 30-minute presentation, Schindler also mentioned the BND had intercepted a telephone conversation between a high-ranking official of the Lebanese Shiite movement Hezbollah, a traditional ally of the Syrian regime, and an Iranian diplomat.

The Hezbollah official had attributed the August attack to Assad and said he felt the leader had “lost his nerve” and committed a “serious mistake” in giving the order to use chemical weapons, said Spiegel. This development may influence the debate on a possible Western intervention against the regime, said Spiegel, as Washington and Paris are seeking to rally support for a possible military intervention in Syria.