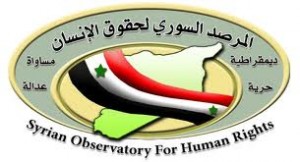 The Syrian Observatory for Human Rights has revealed on Sunday that over 110 ,000 have been killed in the Syrian civil war since it started in March 2011 including 171 members of the Lebanese Hezbollah militant group .

Here is a breakdown

Fighters from combat battalions , the majority of non-Syrian nationalities , and some unidentified : 3730

Pro regime forces such as Shabiha and pro – regime informants : 17824

These numbers do not include the more than 9,000 prisoners that are missing inside the detention facilities .

Also do not include more than 3,500 prisoners of regular army troops detained by the rebels

124 died under torture in the prisons

365 children under the age of eighteen

348 females over the age of eighteen