West readies for attacks on Syria 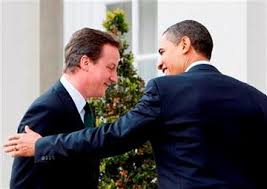 Western countries, led by Britain and the U.S., moved closer to military action against Syria on Sunday even as the Assad regime agreed to allow United Nations chemical weapons inspectors to visit the site of a mass attack that killed hundreds of people and Russian leaders warned the West against making a “tragic mistake.”

The White House dismissed the Syrian offer as “too late to be credible” and said that any evidence the UN team could collect would be “corrupted” by the delay and the regime’s continued shelling of the area.

A senior White House official said, “If the Syrian Government had nothing to hide and wanted to prove to the world that it had not used chemical weapons in this incident, it would have ceased its attacks on the area and granted immediate access to the UN – five days ago. The evidence available has been significantly corrupted as a result of the regime’s persistent shelling and other intentional actions over the last five days.”

A spokesman for Ban Kimoon, the United Nations secretary-general, said inspectors already in Damascus would visit the site of the attack Monday. Syrian state television said a deal had been struck between the country’s foreign minister, Walid al-Moallem, and Angela Kane, the UN’s head of disarmament.

A ceasefire would be observed during the visit, both sides said. The Syrian rebels who control the area, which has been under heavy regime bombardment since the attack, have already promised to allow the inspectors safe access.

This stiffening of U.S. resolve over Syria comes as as President Barack Obama is said to have become convinced that the blame for the most flagrant use of chemical weapons since Saddam Hussein gassed Kurds in Halabja in 1988 rests with the Assad regime and cannot go unanswered.

The Western approach appears to have been coordinated over the course the weekend in a flurry of calls between Obama, British Prime Minister David Cameron, and French President François Hollande. Britain had already determined that a regime attack was the “only plausible explanation” for the deaths of so many people, while Hollande said that “everything led to the belief that the Syrian regime was responsible for this unspeakable act.”

Prime Minister Stephen Harper also was pulling the diplomatic levers over the weekend, discussing the situation in Syria by phone in separate conversations with Cameron and Hollande.

The ministers “shared their outrage” about recent events in Syria, especially the purported use of chemical weapons, said a foreign affairs official in an email. Pointing to the upcoming inspection, a statement from Baird’s office released Sunday said, “The regime’s actions on this issue in the coming hours and days will speak louder than its words.”

But Hague downplayed the importance of the UN inspection and appeared to suggest that retaliation was imminent. “We cannot in the 21st century allow the idea that chemical weapons can be used with impunity,” he said.

“We believe it’s very important that there is a strong response and that dictators know that the use of chemical weapons is to cross a line and that the world will respond when that line is crossed.”

The U.S. has about a dozen F-16 jets, a Patriot missile battery and as many as 1,000 American troops in Jordan, which all could also be used in any military action. U.S. administration and defence officials have said in recent days though the most likely military move would be the launch of Tomahawk missiles off ships in the Mediterranean. America’s Sixth Fleet currently has four guided missile destroyers in the area, each of which could join the attack. Britain’s Royal Navy also has its rapid response task force in the Mediterranean. The group includes two frigates and the helicopter carrier HMS Illustrious, along with a nuclear-powered submarine that is also said to be in the region.

Russia said Sunday night that the West would be making a “tragic mistake” by launching military strikes on its ally Syria, and warned against pre-empting the work of the UN inspection team.

The Kremlin is certain to join China to block any attempts by Britain, France and America to secure UN backing for a military response to Syria’s alleged use of chemical weapons on its own people.

A Russian foreign ministry spokesman drew parallels with the U.S.-led overthrow of Saddam Hussein, a comparison rejected by Britain and the U.S. “We strongly urge those who, by attempting to impose their own results on the UN experts, are raising the possibility of a military operation in Syria to use their common sense and refrain from committing a tragic mistake,” said Alexander Lukashevich.

“All this is reminiscent of events from a decade ago, when the United States bypassed the UN and used fallacious information on the presence in Iraq of weapons of mass destruction to launch an adventure, the consequences of which are known to all.”

The U.S. will not only encounter Russian and Chinese opposition. Germany is also resolutely opposed to the use of force in Syria, fearing that it would further destabilize the region.

Iran warned the U.S. against intervention in Syria. “America knows the limitation of the red line of the Syrian front and any crossing of Syria’s red line will have severe consequences for the White House,” said Massoud Jazayeri, deputy chief of staff of Iran’s armed forces.

Doctors Without Borders said that three hospitals it supports in the area of the attack reported receiving roughly 3,600 patients with “neurotoxic symptoms” over a three-hour period Wednesday. Of those, 355 died, the Paris-based group said.

That roughly coincided with the death toll given by the Britain-based Syrian Observatory for Human Rights, which tallied 322 killed. Casualty figures have varied widely over the alleged attack, from just over 300 to around 1,300 killed.

Baird, meanwhile, is under pressure from the head of Syria’s main opposition group who is visiting Canada.

George Sabra, president of the Western-backed Syrian National Council, said he wants Canada to do more to help put an end to the conflict.

“We need to see real movement now to protect Syrian people – not only statements, we need action,” Sabra said Saturday, prior to a townhall style meeting in Montreal. Sabra, whose coalition is based in Istanbul, Turkey, is scheduled to meet Baird on Wednesday in Montreal. He is visiting Ottawa and Toronto in the meantime.