Pope tells Brazilians: Go and make disciples of all nations 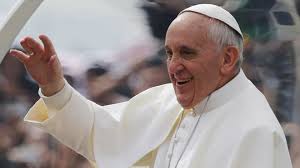 RIO DE JANEIRO — As Pope Francis celebrated Mass on Sunday in front of more than 3 million Catholics crowding the iconic Copacabana beach, the pontiff exhorted them: “Go and make disciples of all nations.”

That theme has been a key point at World Youth Day, where the first Latin American pontiff has reiterated the church’s renewed missionary focus, beginning with young people.

“Do you know what the best tool is for evangelizing the young?” Francis asked. “Another young person. This is the path to follow!”

The Mass culminated World Youth Day, a biannual gathering of Catholic youth, but also Francis’ first foreign tour as pope. In the nearly week-long trip, he outlined the priorities of his papacy: showing solidarity with the poor, getting priests out of their parishes and closer to the people and re-evangelizing regions where Catholics have abandoned the church.

Francis spoke of that abandonment in his homily given in Brazil, the world’s most populous Catholic country where evangelical congregations have increasingly driven former Catholics to their pews by preaching a Gospel addressing their daily needs and aspirations for increased prosperity.

“I would like Christ’s command: ‘Go’ to resonate in you young people from the church in Latin America, engaged in the continental mission promoted by the bishops,” Francis said. “Brazil, Latin America, the whole world needs Christ!”

Francis said Mass for an overflow crowd so large that some stood barefoot in the sea. It featured uptempo music and worship — features that are increasingly being embraced by Brazilian Catholics as they compete to keep people contemplating moves to evangelical congregations.

Many of the young people at the Mass had stayed behind after an estimated 3 million crammed onto the beach Saturday night for a vigil by Francis.

Groups of pilgrims slept overnight on the adjacent street, pitching tents, while others unrolled sleeping bags and slept under the stars.

“Normally, I’d be complaining … but it’s the ambiance. I’m excited, full of energy,” said Eleazar Reyes, 18, a student from Union City, N.J., whose mother made and sold pastries and empanadas to help pay for his pilgrimage to Rio with two siblings.

He considered the discomfort of staying outside on a chilly night as a way “to see that I’m not alone in my faith,” and to “receive words of enlightenment from the pope.”

The pope was received like a rock star in Brazil — most memorably when youth swarmed his convoy as it traveled into the city center from the Rio airport Monday.

Throughout the trip, Francis made strong statements: calling for the world to show solidarity with the poor; telling kids to “make a mess” in their dioceses as they go back to their countries and live their faith; and admonishing prelates to be more cheerful.

His words, straight-shooting style and preference for simplicity found favor with many attendees.

“He’s getting people to look again when they thought that we had already heard it all,” said Stephen Bolling, a seminary student from Melbourne, Australia.

For Gabriel Camacho, a seminary student from Guam, the pope’s message to priests to get out of their parishes hit home.

“People don’t go to church because it’s boring. I agree with them,” he added. “We have to reach out to youth.”