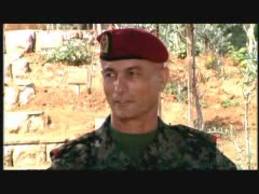 The Human Rights Watch (HRW) has said that Lebanon’s authorities should ensure a thorough, impartial, and transparent investigation into alleged torture, ill-treatment, and a death in custody by the Lebanese army.

HRW has got information about the death of Nader Bayoumi, a 36-year-old car mechanic, in military custody of the Lebanese army.

HRW has claimed that victims have given credible accounts of being tortured in custody and families who had no adequate information about their detained relatives.

The army announced on July 6 that it will investigate a video available on social media showing Lebanese soldiers beating a man in their custody and take disciplinary and penal measures against personnel who commit any security or ethical violation.

The brutality of Lebanese army has come to light following clashes with armed supporters of Sheikh Ahmed al-Assir, the Imam of Bilal Bin Rabah Mosque in the ‘Abra neighborhood of Saida, in June 2013 in the southern city of Saida.

Heavy clashes broke out in Saida, southern Lebanon’s biggest city, on June 23, after armed followers of Sheikh Ahmed al-Assir, allegedly fired on an army checkpoint, and the army counterattacked. The clashes, which lasted for two days, killed 18 soldiers and 28 of Assir’s supporters, according to media reports.

Seven released detainees, two of them children, told Human Rights Watch that army personnel beat them and, in two cases, tortured them by burning them with cigarettes. They were abused while held at checkpoints as well as during initial interrogations at military bases in Saida.

Bayoumi’s body was heavily bruised which indicates that beatings in custody led to his death, his relatives said.

Photo: General Chamel Roukoz is the commander of Lebanon’s Commando Regiment that led the recent operation against Sheikh Ahmad Assir and his supporters in Sidon’s Abra. Roukoz is the son-in-law of FPM leader MP Mchel Aoun , a close ally of Hezbollah